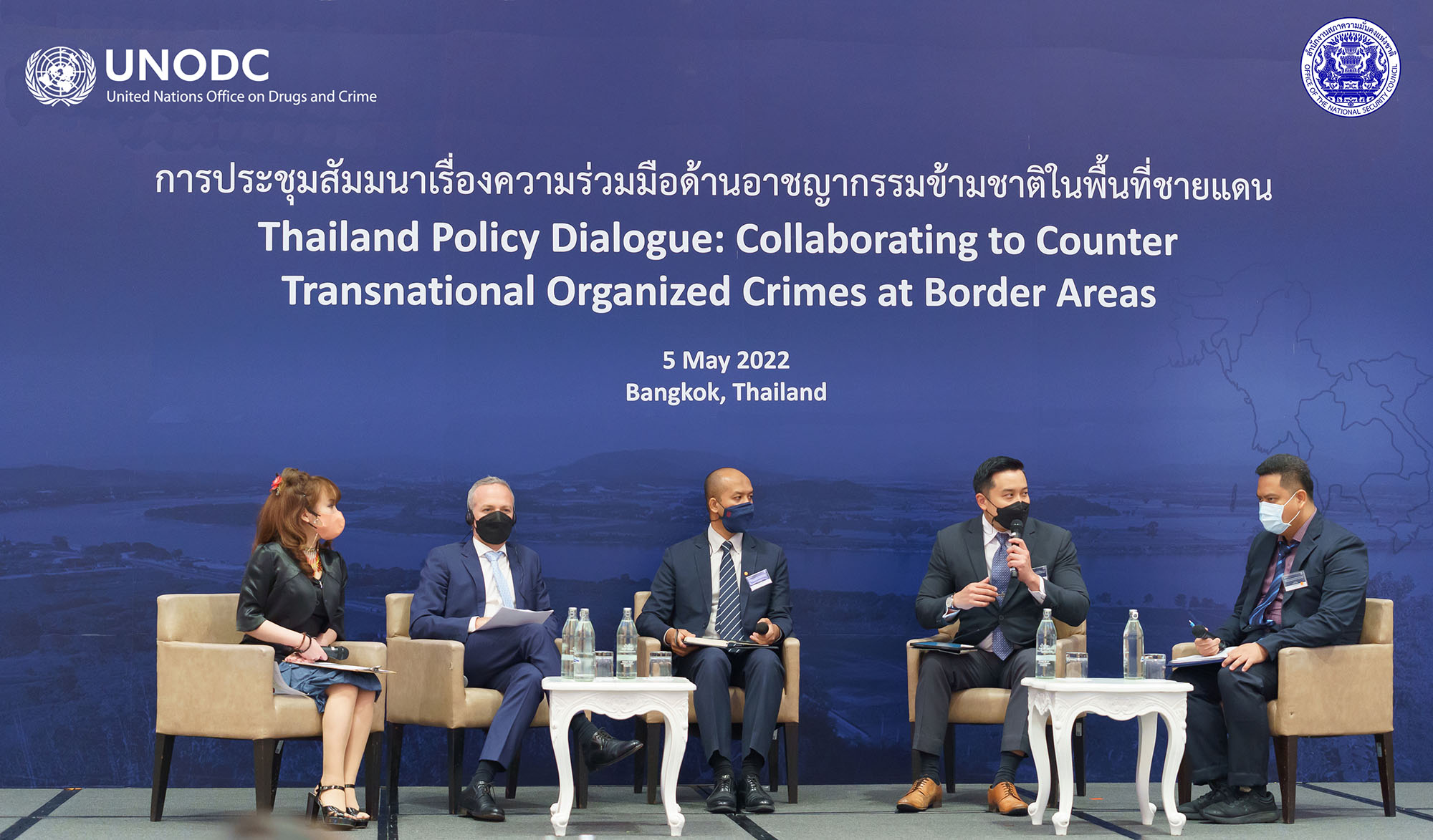 Bangkok (Thailand), 5 May 2022 - A high-level national dialogue on countering transnational organized crime at land borders was held today in Bangkok. Co-sponsored by the United Nations Office on Drugs and Crime (UNODC) and the National Security Council (NSC) of Thailand, the conference convened border control and security agencies to share information and intelligence on the transnational crime situation, and discuss the expansion and strengthening of the border liaison office (BLO) network as part of the Thai commitment to the ASEAN Border Management Cooperation Roadmap.

The UNODC Regional Border Management Programme was established in 1998 with the objective of assisting Southeast Asian countries with drug trafficking through the provision of basic border liaison infrastructure and equipment, as well as capacity building and policy support. In Thailand, the network now consists of 28 offices located at critical border crossings with Myanmar, Laos and Thailand, including in the Golden Triangle region. The exchange of intelligence with neighboring countries through BLOs over the years has resulted in a significant number of seizures of drugs and other illicit commodities, and arrests of traffickers. 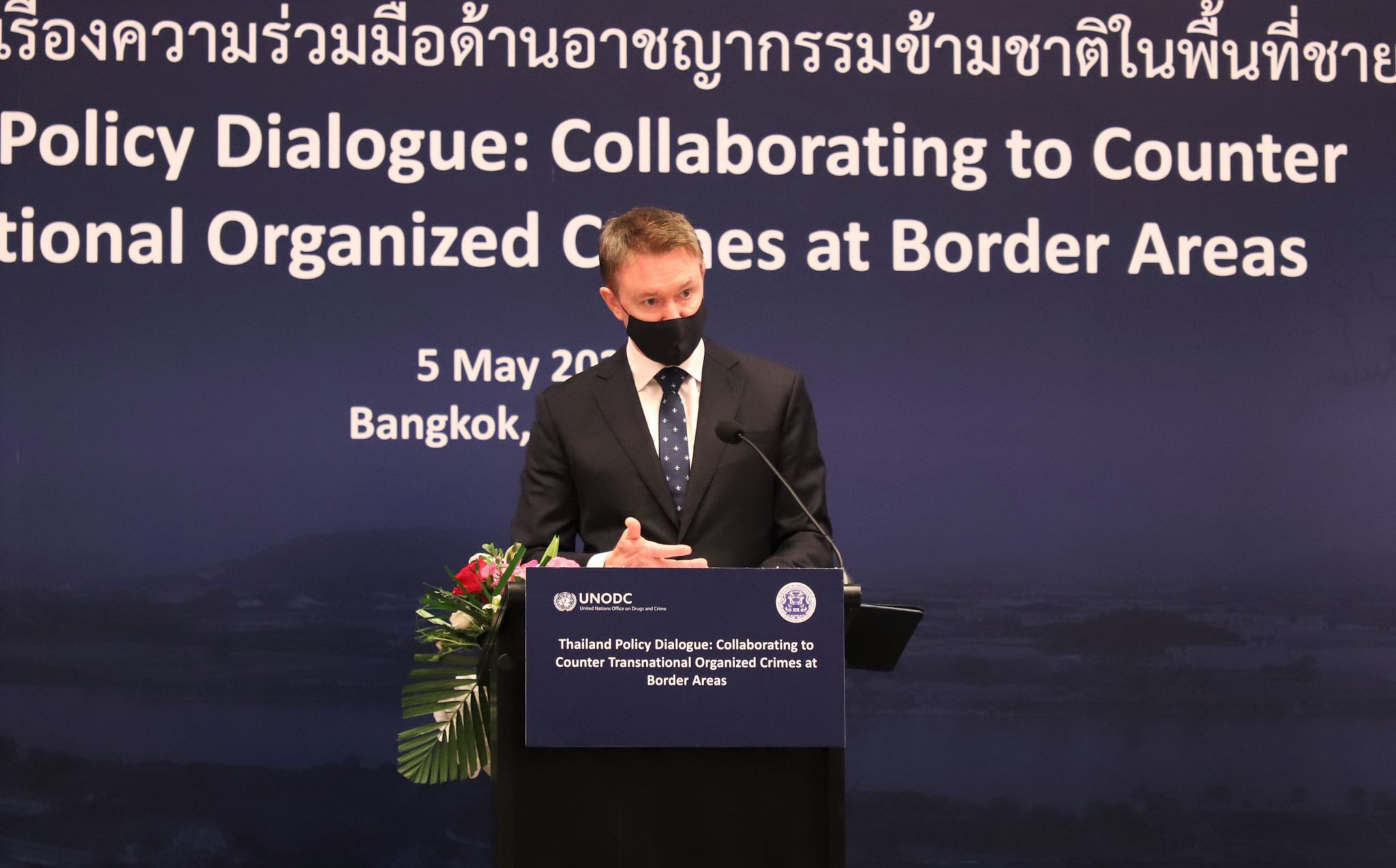 UNODC Regional Representative Jeremy Douglas remarked at the opening, “The most fundamental task of BLOs and the front-line officers that work in them has been, and remains, the exchange of information and coordination with counterparts across the border. Criminal organization have adapted and innovated, and it is impossible for countries to address transnational crime alone.” He added, “In the last two years, methamphetamine seizures in Southeast Asia have increased from 140 tons to close to 170 tons, and this trend is continuing – instability in the Golden Triangle and Shan State are contributing, and Thailand and Lao PDR need support for border control.” 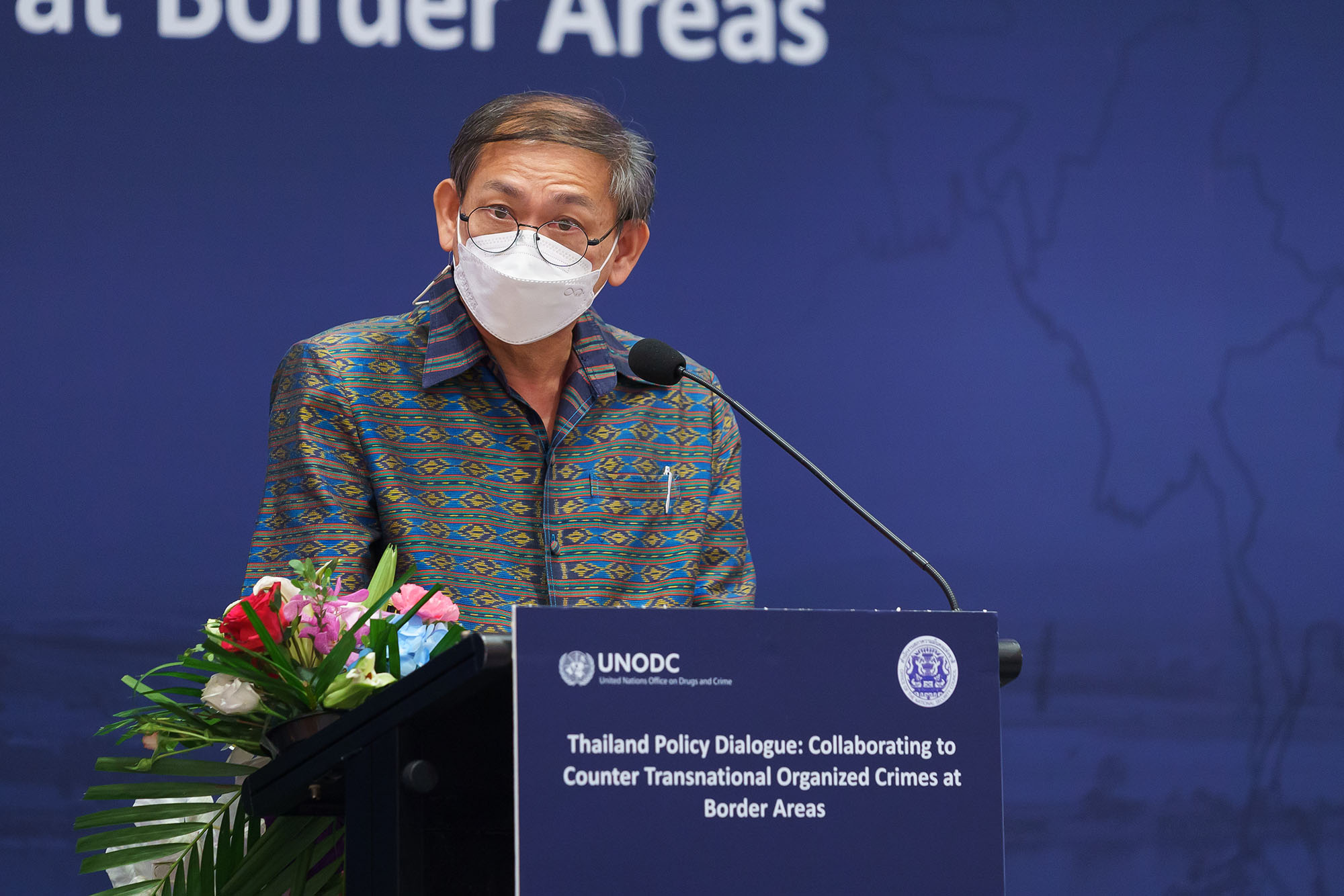 The recently adopted ASEAN Border Management Cooperation Roadmap identifies BLOs as a mechanism that countries of the region can utilize to improve border management and secure against transnational organized crime and trafficking, and recommends the expansion of the regional BLO network to new locations. The Thai national dialogue led by the National Security Council has taken place to help bring about coherence among agencies with border management responsibilities, and to discuss plans including for the BLO network.

NSC Deputy Secretary General Ruchakorn Napapornpipat commented, "This conference is helpful for the many Thai authorities with border management responsibilities. We rarely have the opportunity to be together to discuss the latest border situation and the transnational crime challenges the country is facing, and our different strategic, policy and operational needs. We look forward to improved inter-agency collaboration, and to working with UNODC to support the implementation of the Roadmap in Thailand.”


Click here to learn about the UNODC Regional Programme for Southeast Asia and the Pacific.