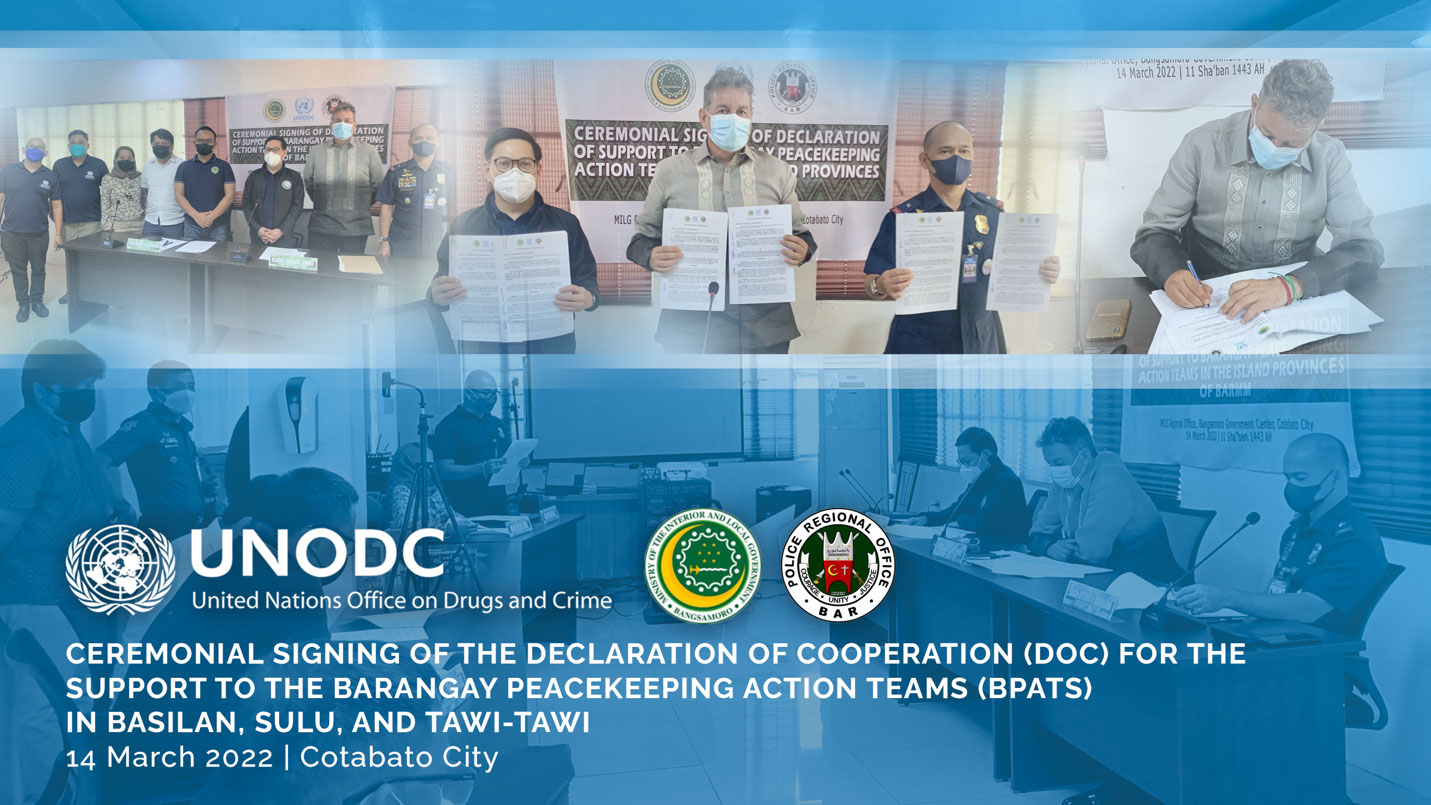 The UNODC inks partnership with the Ministry of the Interior and Local Government and Police Regional Office in BARMM to further capacitate community-oriented policing units in Basilan, Sulu, and Tawi-Tawi

Cotabato City (Philippines), 14 March 2022 - The United Nations Office on Drugs and Crime (UNODC) and authorities in the Bangsamoro Autonomous Region in Muslim Mindanao (BARMM) agreed to heighten cooperation on strengthening policing initiatives in the region.

The UNODC signed a Declaration of Cooperation with the Ministry of the Interior and Local Government (MILG) and the Police Regional Office-Bangsamoro Autonomous Region (PRO-BAR) to provide further support to the Barangay Peacekeeping Action Teams (BPATs), particularly in the island provinces of Basilan, Sulu, and Tawi-Tawi (BASULTA). BPATs are peacekeeping packs deployed in the communities, aiding in the peace normalization process in BARMM.

The Declaration formalizes UNODC’s support to 820 BPATs through awareness building on the Bangsamoro Community and Service-Oriented Policing (CSOP) framework and the provision of basic equipment kits worth Php 13 million or 25,000 USD. Aside from this, 4,490 barangay tanods acting as BPAT members in the three provinces shall be provided with the necessary equipment and protection as being the communities’ frontliners in maintaining peace and order.

UNODC Senior Policy Advisor Olivier Lermet, in his message of solidarity, commended the perseverance of the MILG and the local police to continually build the capacity of community-led peacekeeping units, adding that this could “contribute to the Bangsamoro government’s initiatives of ensuring a just and peaceful society.” Lermet also committed to continually provide technical assistance in BARMM.

Minister Naguib G. Sinarimbo of the MILG-BARMM, accepting UNODC’s support, highlighted the cruciality of interventions in the area of BASULTA, as the island group has usually been constrained by resources and is confronted with additional security threats due to its physical isolation from the mainland Mindanao. “The choice of providing assistance to BASULTA is in accord with the directive of the Chief Minister of the region to provide the assistance to where it is needed the most,” Minister Sinarimbo stressed. 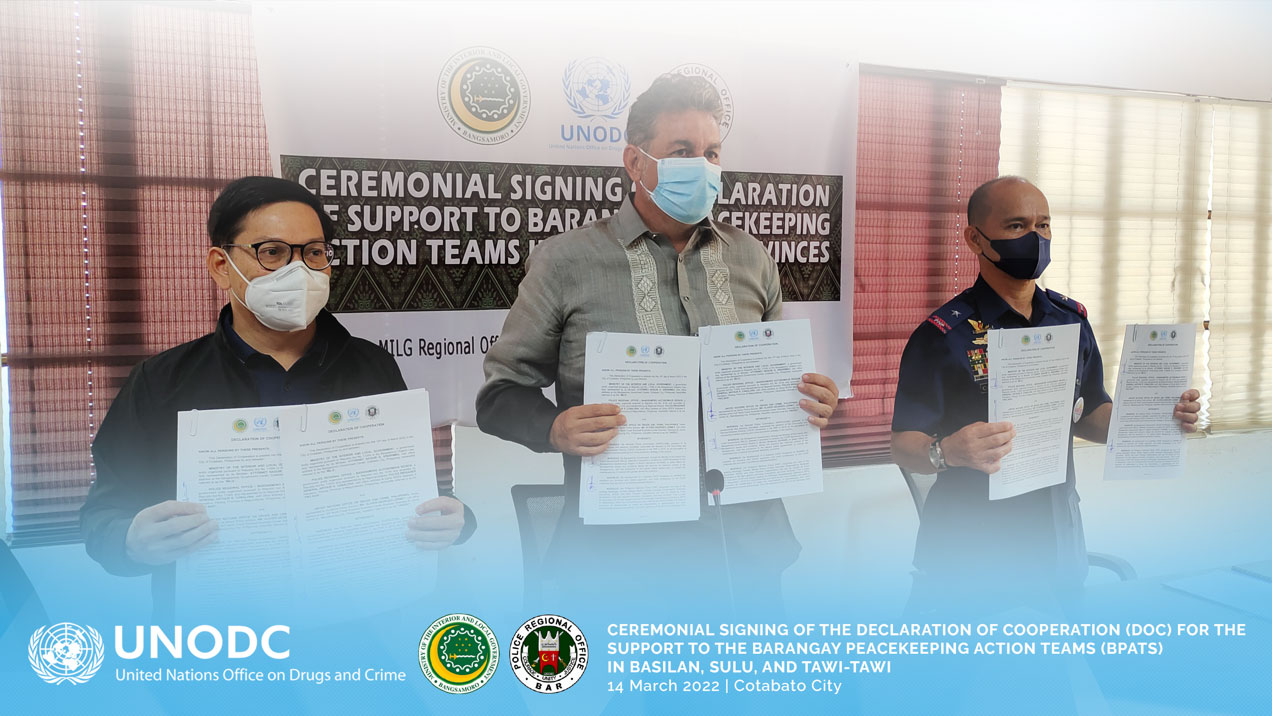 Minister Sinarimbo also committed to provide assistance in the form of capacity-development trainings for BPATs’ members and declared, “The regional government and this Ministry will continue to value the partnership that the UNODC and the Philippine National Police provide in the region.”

PRO-BAR Regional Director Police Brigadier General Arthur R. Cabalona expressed his commitment to continually harness the gains from community policing efforts as he noted, “It is about creating a cooperative and productive relationship between the police and the community. Thus, empowering our citizens through the barangay peacekeeping operations and its implementors (BPATs), we can promote an environment of mutual trust and confidence.”

With funding support from the Japanese Government, the signing ceremony is only one of the many initiatives of the UNODC in BARMM to continually support BARMM’s peacebuilding and its transition towards democratic institutional regime formation.