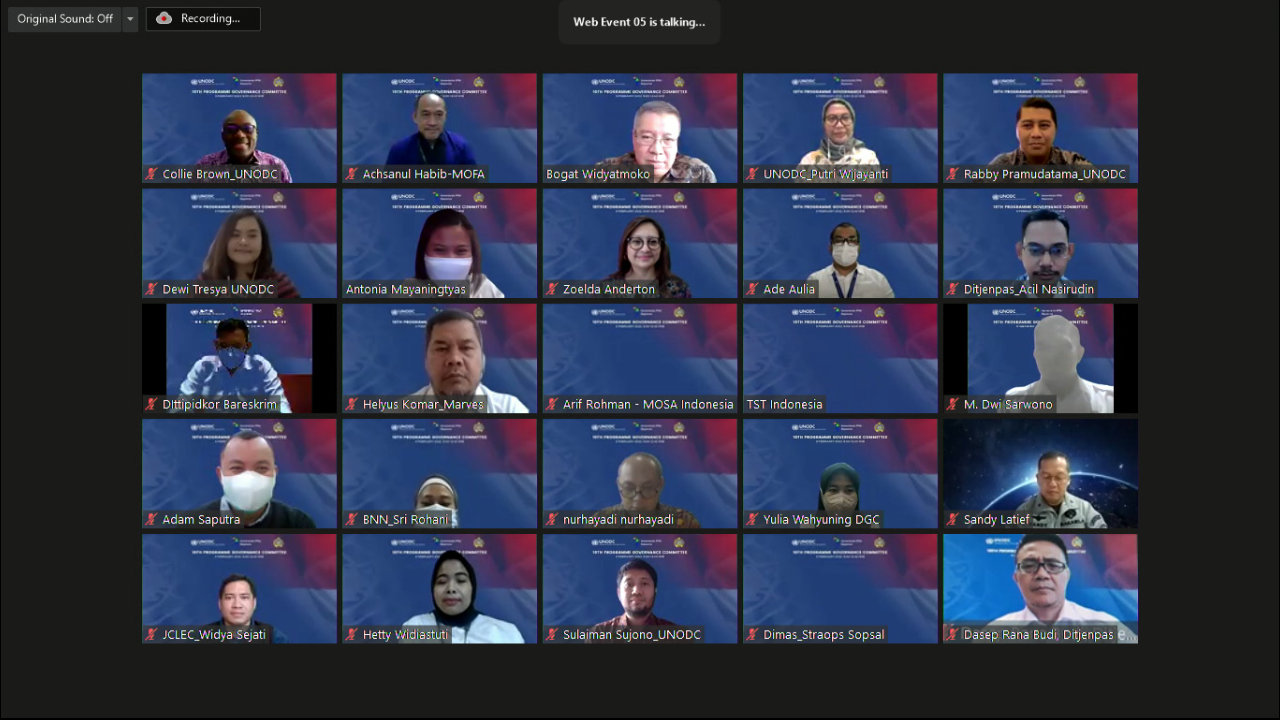 Jakarta (Indonesia), 9 February 2022 - The United Nations Office on Drugs and Crime (UNODC) Programme Office in Indonesia, BAPPENAS and the Ministry of Foreign Affairs convened the 10th biannual Programme Governance Committee (PGC) as part of the cooperation between UNODC and the Government of Indonesia. The virtual event convened over one hundred and fifty representatives from various government agencies and included a review and endorsement of the programme plans to be implemented in 2022.  The 2022 programme builds on the foundation of previous UNODC programming in Indonesia and provides a coherent framework which is aligned with the United Nations Sustainable Development Cooperation Framework (UNSDCF) and the National Mid-Term and Long-Term Development Plans (RPJMN and RPJPN). The programme was developed within the framework of UNODC’s new Regional Programme for Southeast Asia and the Pacific (2022-2026).

The PGC followed consultations with various government ministries/agencies at the technical level through Technical Working Groups (TWGs). The TWGs provided an opportunity to engage with partners at the substantive level, ensuring that proposed programmes continue to meet the needs of the Government of Indonesia and are aligned with the government’s priorities Challenges and opportunities were also discussed. An outcome of the meeting was the endorsement of the 2022 workplan.

“The Regional Programme is a cohesive way to bring UNODC’s Global Strategy to Southeast Asia. This is a flexible mechanism that allows UNODC to work with each Member State to accommodate their national priorities”, stated Mr. Jeremy Douglas, UNODC Regional Representative for Southeast Asia and the Pacific. He further highlighted that the PGC is an excellent example of how UNODC and the Government of Indonesia work together to strengthen our cooperation based on the national priorities. 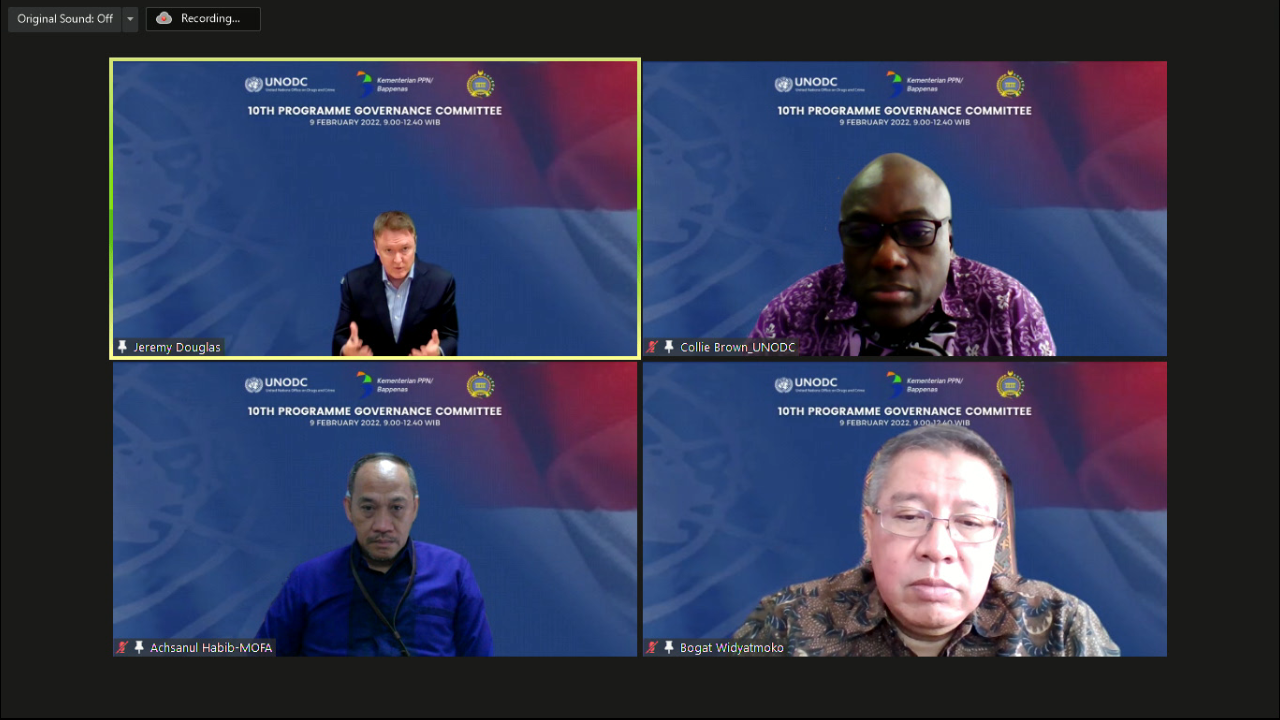 “The agreed work plan between UNODC and the Government of Indonesia presents a cooperation framework that is aligned with national priorities reflected in the RPJMN and RPJPN”, stated Mr. Achsanul Habib, Acting Director of International Security and Disarmament at the Ministry of Foreign Affairs. Mr. Habib further underlined the importance of implementing the programmes in a manner that adapt to the ever-changing environment.

Along the same vein, Mr. Bogat Widyatmoko, Director of Defence and Security of BAPPENAS, also expressed appreciation for the long-standing partnership with UNODC in tackling various forms of transnational crime, including new and emerging threats. “BAPPENAS remains committed to strengthening the cooperation with other ministries/agencies as well as with UNODC in implementing the new work plan”, stated Mr. Widyatmoko.

"PGC provides an opportunity to focus on the overall cooperation between UNODC and the Government of Indonesia with attention to the  various institutions that we work with to ensure that our works reflects the priorities of the Government of Indonesia” said Mr. Collie Brown, UNODC Indonesia Country Manager. Mr. Brown also expressed appreciation for Dr. Diani Sadia Wati, Expert Staff for Institutional Interrelation of BAPPENAS, who has served as a chair of the PGC and has effectively contributed to strengthening UNODC’s partnership with Indonesia over the past several years. Dr. Sadia Wati will be assuming other duties.

During the meeting, workplans from the various Outcomes of the Regional Programme were presented and reflected the broad scope of UNODC’s cooperation with Indonesia.

The PGC and TWG mechanisms are conducted as part of the the cooperation between UNODC, BAPPENAS and the Ministry of Foreign Affairs. Mr. Collie F. Brown, Mr. Bogat Widyatmoko and Mr. Achsanul Habib jointly chaired the PGC meeting.

More information about the 2022 work programme could be accessed here.