The Commission on Narcotic Drugs is mandated to decide on the scope of control of substances under the three International Drug Control Conventions, namely:

This publication provides an introduction to this treaty-based function of the Commission. The first part focuses on the scheduling procedure, which is divided into the processes involved before, during and after the voting on the scheduling recommendations. The second part explores the control regimes of the schedules of the 1961 and 1971 Conventions and the tables of the 1988 Convention. 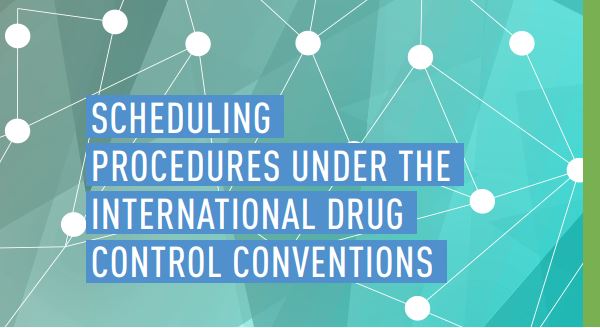 The Secretariat has created an online course on the normative functions of the Commission on Narcotic Drugs under the three international drug control conventions. The course “Introduction to Scheduling” is targeting Member States’ delegates involved in the work of the Commission, as well as all other stakeholders interested in the CND and the international drug control system. 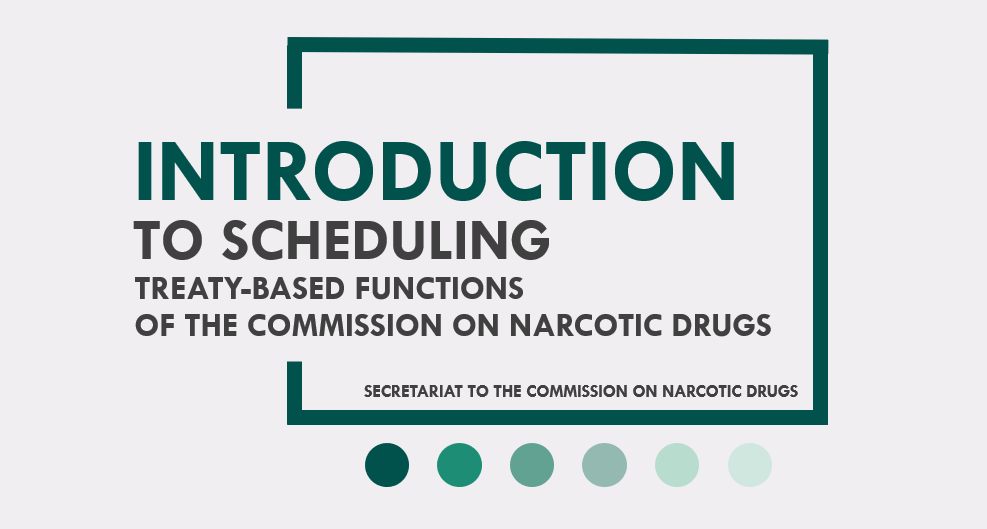 Conventions and other legal documents

The texts of the 1961 Convention, 1971 Convention and 1988 Convention are available as an e-book for download. The revised schedules of narcotic drugs, schedules of psychotropic substances and tables of precursors are issued separately. Additionally, the commentaries and the official records for the three international drug control conventions have been made available online. 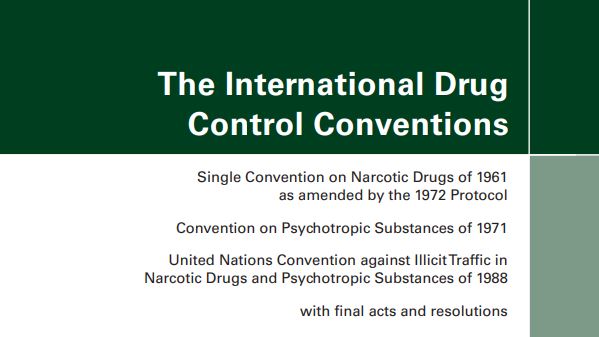 Overview over the scheduling decisions that have been taken by the CND since 1961, including links to the preparatory documents and the decisions themselves. 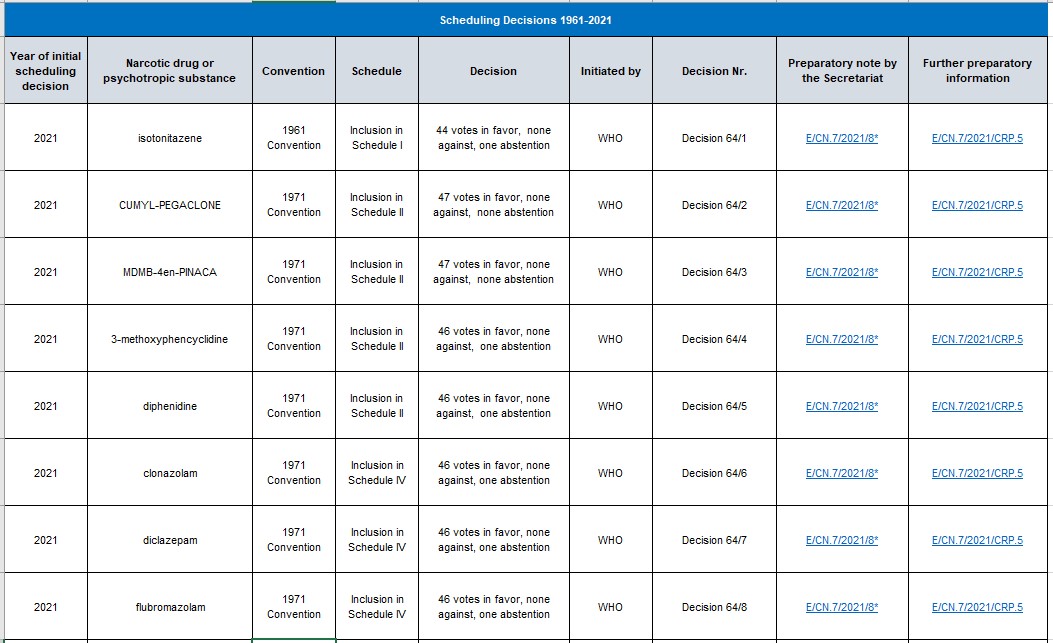 A screenshot of the excel sheet of Scheduling Decisions 1961-2021, including information on years, substances, conventions, schedules, decisions, initiators, decision numbers and preparatory note by the Secretariat

WHO Recommendations on Cannabis

In 2019, WHO recommended the rescheduling of cannabis and cannabis-related substances. On 2 December 2020, the Commission took action on these recommendations. 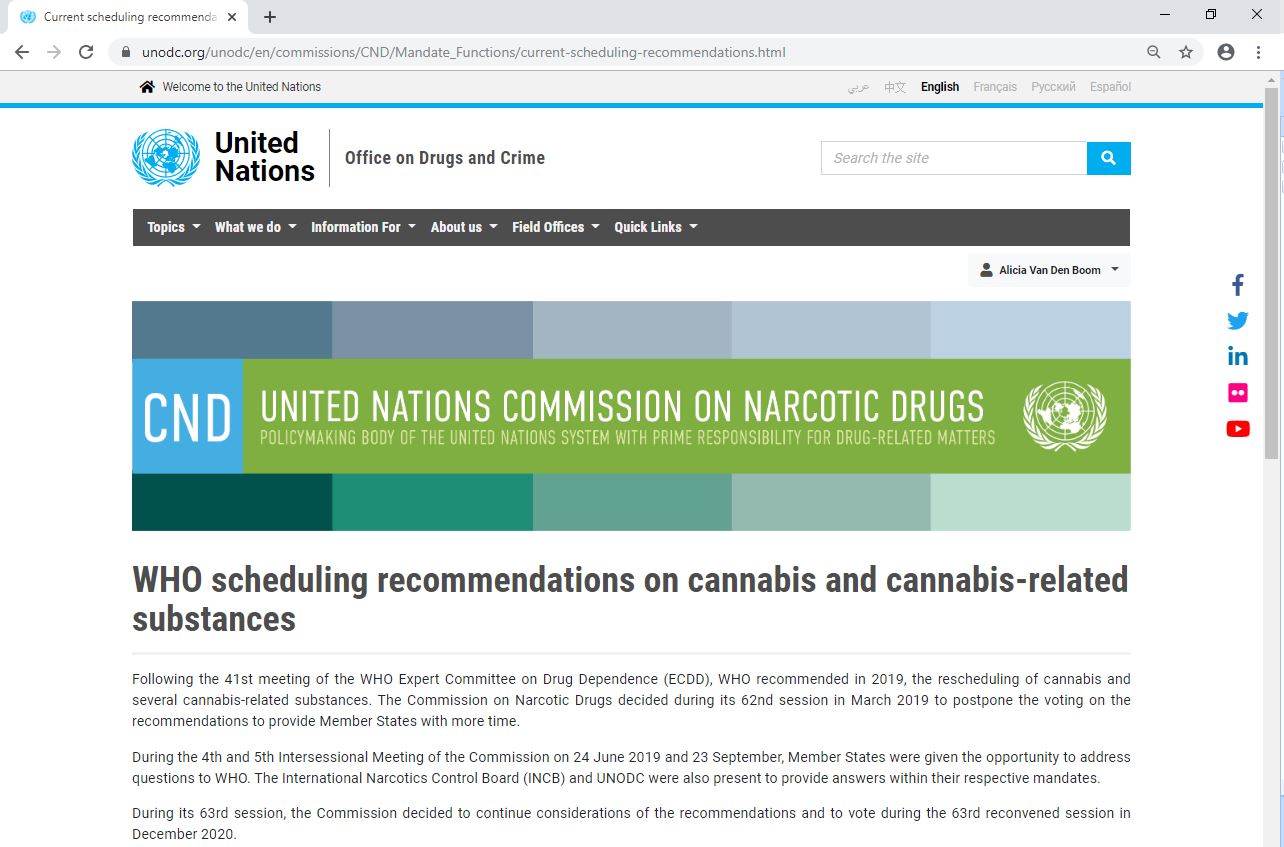