WHO scheduling recommendations on cannabis and cannabis-related substances

Cannabis and cannabis-related substances have for many years been included in the schedules of the Single Convention on Narcotic Drugs of 1961 as amended by the 1972 Protocol (Schedule I and IV: cannabis and cannabis resin; Schedule I: extracts and tinctures of cannabis), as well as in the Schedules of the Convention on Psychotropic Substances of 1971 (Schedule I: tetrahydrocannabinol (six isomers of delta-9-tetrahydrocannabinol); Schedule II: dronabinol and its stereoisomers (delta-9-tetrahydrocannabinol)). The inclusion in a specific schedule determines the control measures that States parties are required to apply to the respective substances.

Following a critical review of cannabis by the Expert Committee on Drug Dependence, WHO submitted in January 2019 to the Commission eight recommendations on cannabis and cannabis-related substances. 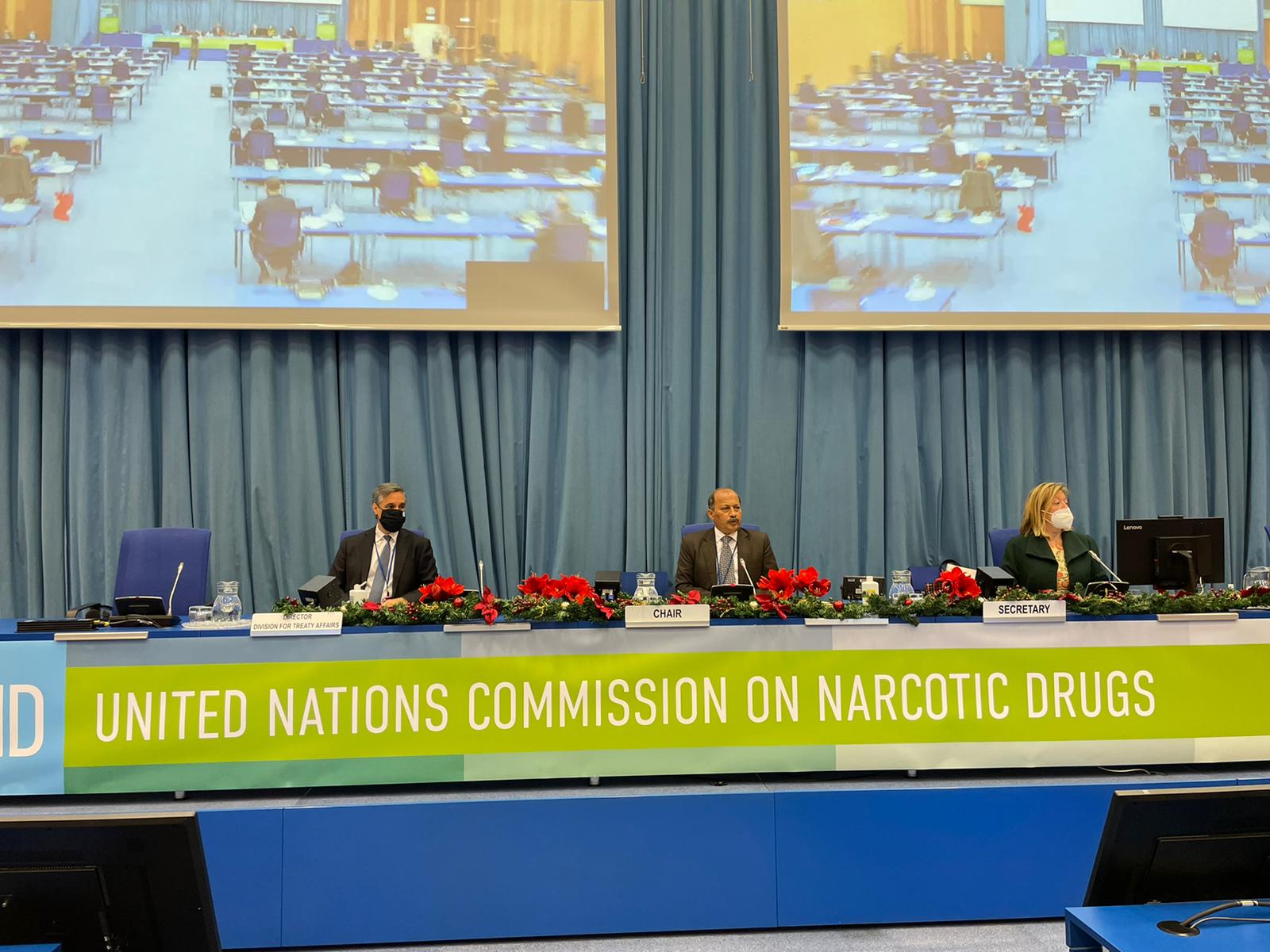 Following its decision 62/14 to postpone the voting to provide States with more time to consider the recommendations, the Commission conducted a dialogue, including two intersessional meetings, with representatives of WHO, INCB and the United Nations Office on Drugs and Crime to address open questions.

Recalling its mandate to vote on scheduling recommendations as laid out in the international drug control conventions, the Commission decided in March 2020 (CND Decision 63/14) to continue considerations of the recommendations, bearing in mind their complexity, in order to clarify the implications and consequences of, as well as the reasoning for, these recommendations. The Commission also decided to vote at its reconvened sixty-third session in December 2020, in order to preserve the integrity of the international scheduling system.

After these intensive considerations, the Commission took on 2 December 2020 action on these recommendations:

WHO recommendation to delete extracts and tinctures of cannabis from Schedule I of the 1961 Convention: The Commission decided by 24 votes to 27 and with 2 abstentions not to adopt this recommendation.

WHO recommendation to add a footnote to Schedule I of the 1961 Convention to read “Preparations containing predominantly cannabidiol and not more than 0.2 per cent of delta-9-tetrahydrocannabinol are not under international control”: The Commission decided by 6 to 43 votes and with 4 abstentions not to add such a footnote.

Press statement on the voting

Webstory on the voting

Explanations of vote of Commission members and statements of Member States

E/CN.7/2019/12 - Note by the Secretariat Changes on the scope of control of substances: proposed scheduling recommendations by the World Health Organization on cannabis and cannabis-related substances

Compilation of all questions and answers to WHO, INCB and UNODC from the consultations in 2019

Decision tree depicting conditionalities included in the WHO recommendations