Special Events on the Agenda 2030 on Sustainable Development 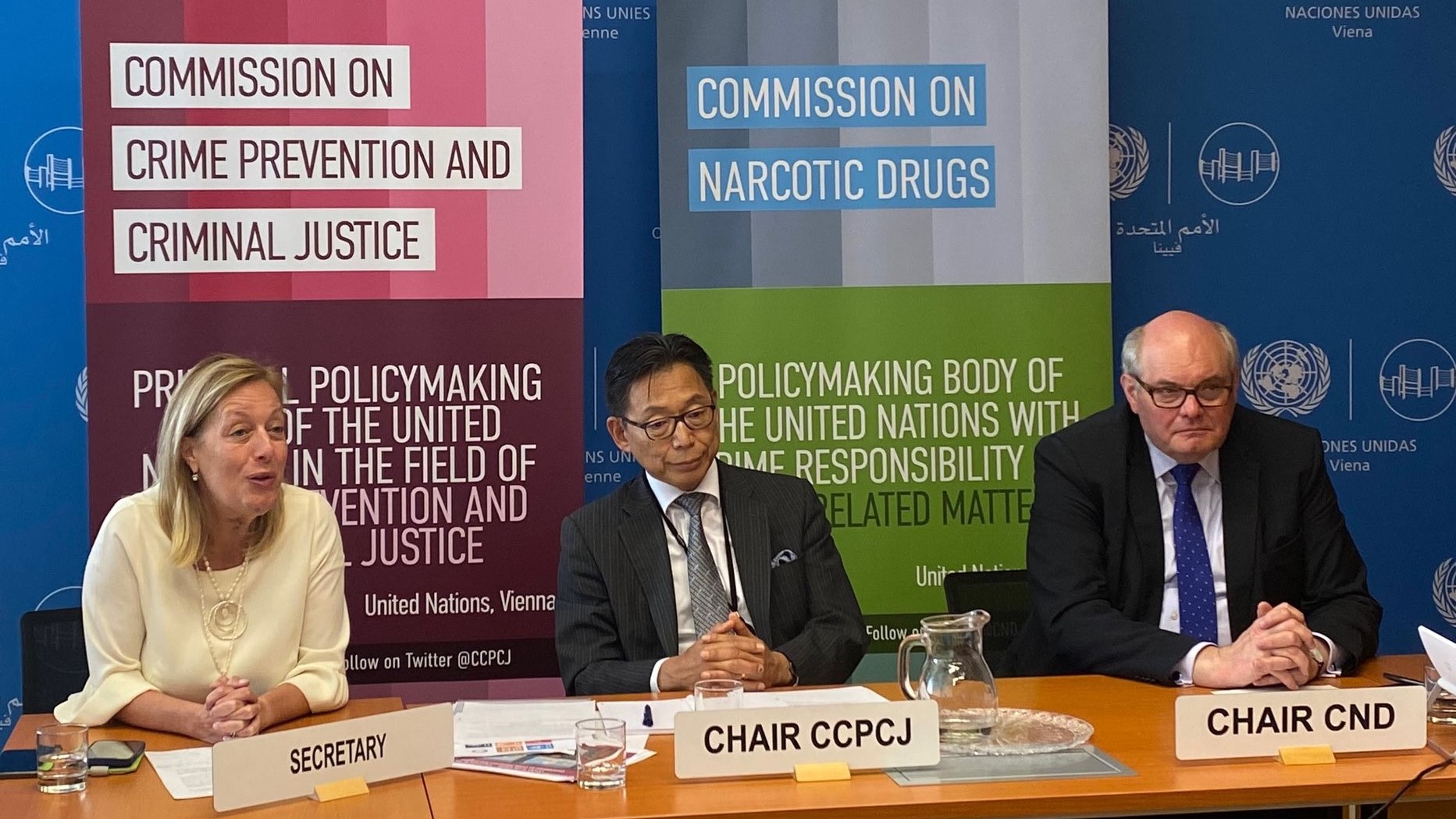 A side event on "Leveraging international action to address the impact of COVID-19 on drugs and crime - integrated multidisciplinary responses by the Commission on Narcotic Drugs and the Commission on Crime Prevention and Criminal Justice"  was held by the CND and the CCPCJ during the High-level Political Forum on Sustainable Development 2022.
Webstory and Presentations 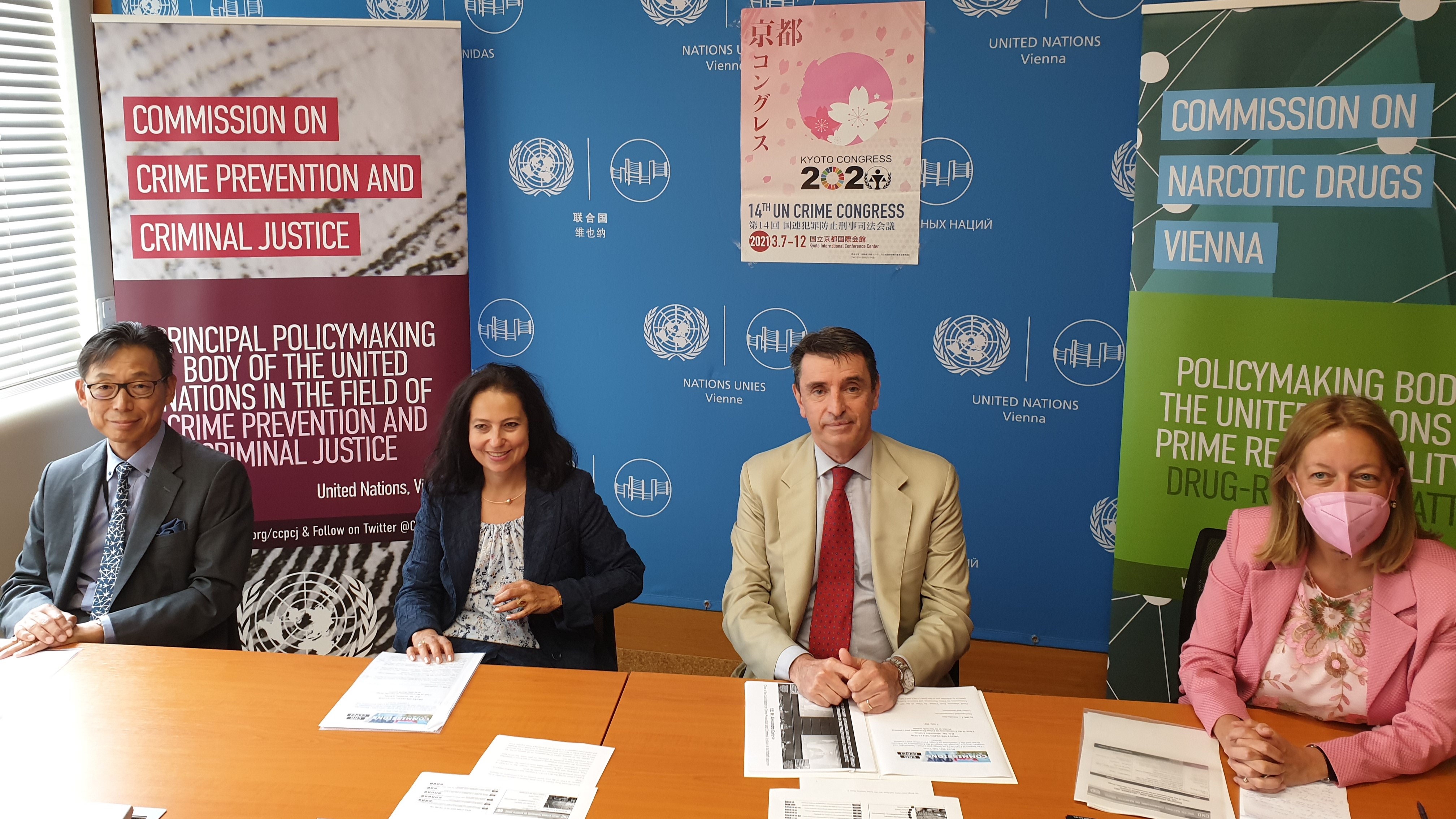 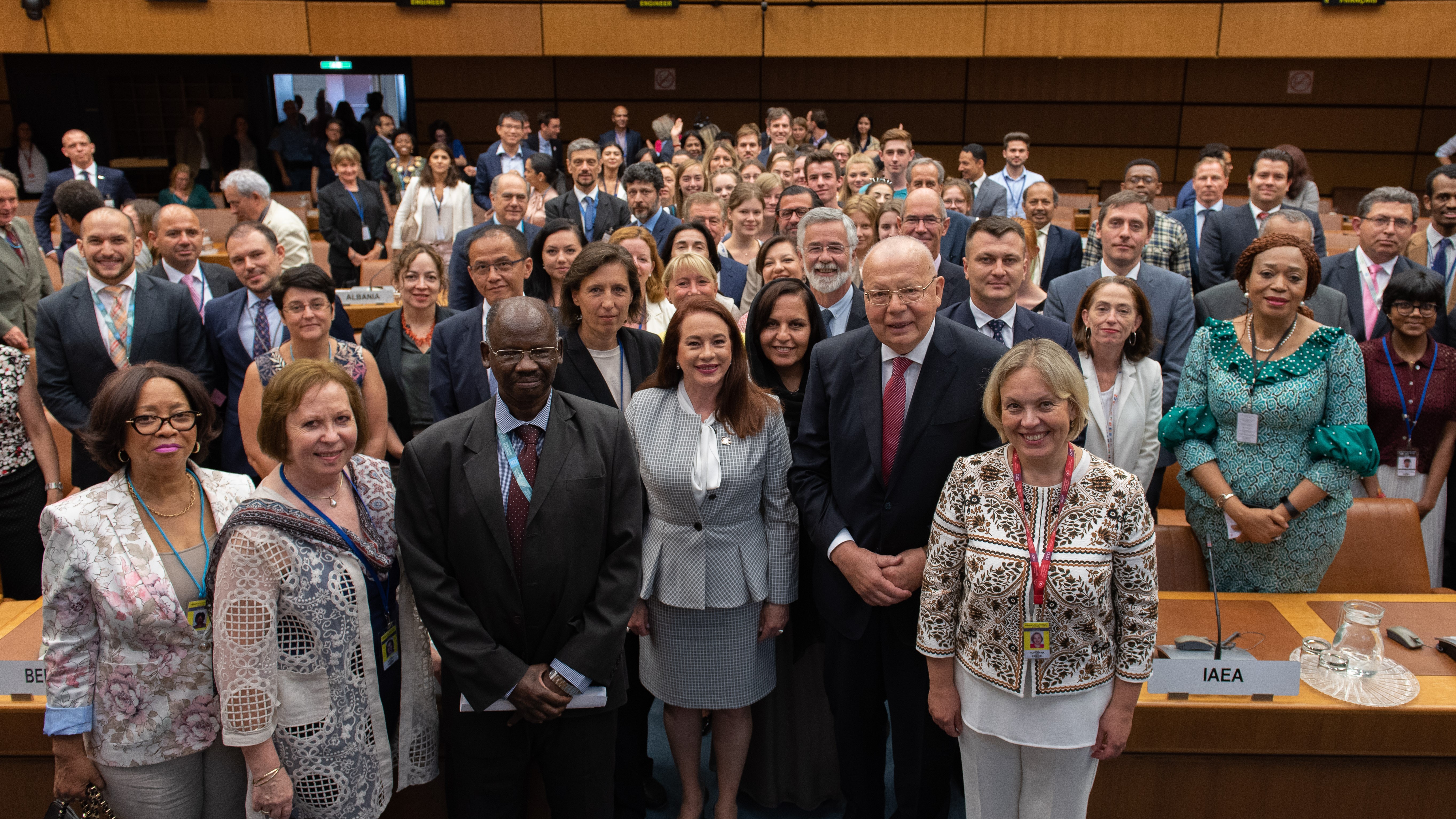 The Vienna-based Commission organized a joint CND & CCPCJ Special event to honour the visit of the President of the 73rd session of the UN General Assembly H.E. Ms. María Fernada Espinosa Garcés on the occasion of the 40th anniversary of the Vienna International Centre on "Contributions of the Vienna Commissions to the implementation of the 2030 Agenda".

Special Event on the occasion of the visit of PGA Thomson 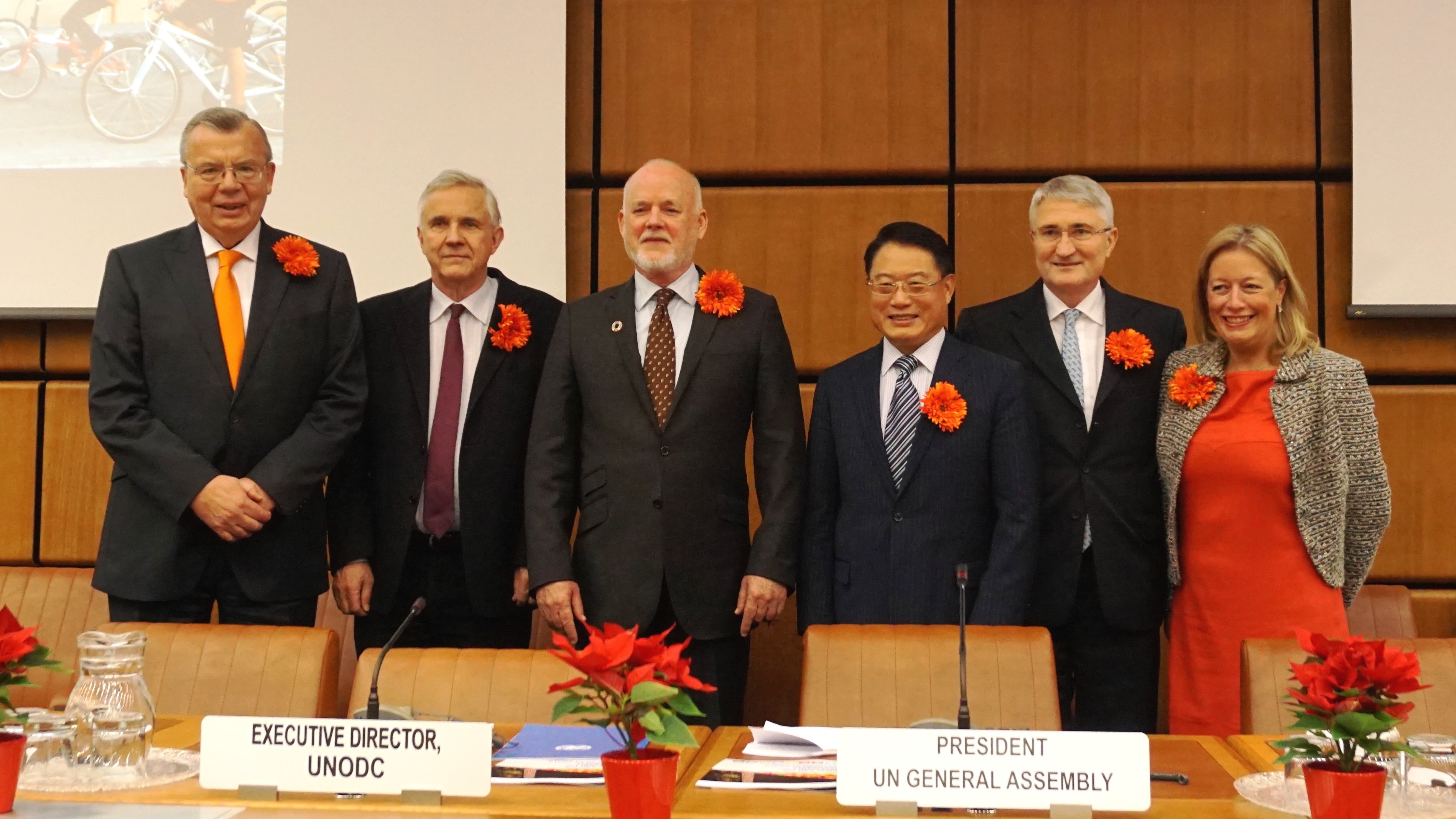 A group photo of six people in formal attire with a red flower pinned to the jackets, standing in a row behind a table with two name plates reading Executive Director, UNODC and President, UN General Assembly.

The President of the 71st session of the UN General Assembly, H.E. Mr. Peter Thomson was speaking at a Special Event on the implementation of the 2030 Agenda organized jointly by the CND and the CCPCJ, supported by UNODC and in cooperation with UNIDO.

Special events in cooperation with other functional commissions of ECOSOC