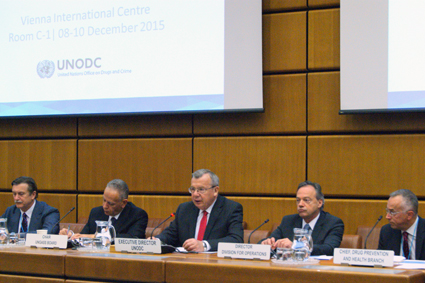 UNODC advocates access to drug prevention, treatment, care and rehabilitation services based on scientific evidence, which speaks for the recognition of drug use disorders, in particular drug dependence, as a multi-factorial health disorder. Scientific data proves that drugs affect the brain and cause the course of a chronic, relapsing disease, which can and should be prevented and treated just as any other chronic disease.

In December 2016, the Prevention, Treatment and Rehabilitation Section of UNODC organized an event that was unique by its scale and scope: the Scientific Consultation on Prevention of Drug Use and Treatment of Drug Use Disorders. Thirty (30) leading researchers from around the world presented the state-of-the-art science in front of over two hundred (200) policy makers from eighty five (85) countries and discussed the latest findings in drug prevention and drug dependence treatment. Policy makers had a chance to learn about a wide range of ethical and science-based drug prevention and treatment methods, as well as rehabilitation programs that have been proven effective in stopping or reducing the negative health and social problems caused by drug use disorders. 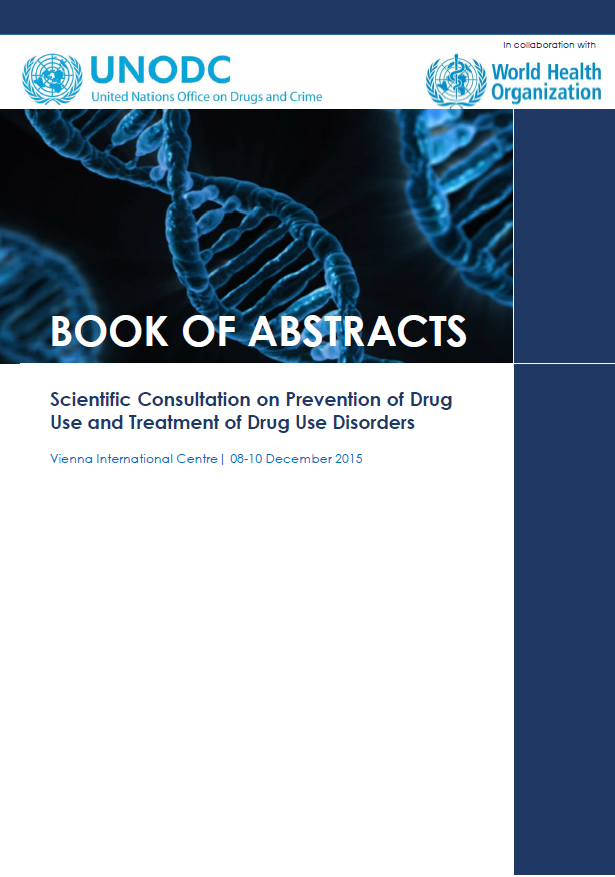 In response to the great interest shown by the scientific community, as well as by representatives of the Member States and International Organisations, UNODC decided to take this event beyond the walls of the conference room and help spreading the scientific understanding of drug use disorders among wide audience. With the help of this Book of Abstracts, anyone can easily navigate in the wide range of topics covered during the three and a half days of conference. The recorded presentations will be uploaded shortly.

We sincerely hope that these materials will be of help to many people and organizations providing prevention and treatment services, as well as to all directly and indirectly affected by drug use and drug use disorders.