28 September 2017 - From 28 to 29 September, UNODC through its Global Firearms Programme and with the support of its Research and Analysis Branch, organised a regional meeting for African Member States to enhance national and international data collection and analysis efforts in order to monitor illicit firearms trafficking flows. The meeting took place in Addis Ababa in at United Nations Conference Centre and was also aimed at promoting effective international cooperation and information exchange among practitioners.

The meeting aimed to enhance information exchange and cooperation between African countries in order to fight organised crimes linked to firearms trafficking. It brought together more than sixty representatives from countries in all African sub regions and was supported by experts from UNODC, sub regional organizations such as the Economic Community of Central African States (ECCAS) and the Economic Community of West African States (ECOWAS), as well as other non-governmental organization an research institutions including Conflict Armament Research, the Institute for Security Studies and the Small Arms Survey. This meeting was interesting for identifying focal point in order to fill out the questionnaire developed by UNODC.

During the two days, UNODC presented its updated data collection methodology and highlighted how it can work with States and other partners in order to better collect data on seized, found and surrendered firearms. UNODC also discussed the details of its upcoming pilot data collection exercise. Member States highlighted challenges in data collection and monitoring illicit trafficking flows and pointed to potential opportunities for improvement. The interactive approach of the meeting, which included a practical exercise on filling out questionnaires, facilitated the exchange of views and experiences among the experts. The upcoming launching collection phase, following the pilot test exercise of the questionnaire, will be scheduled for 2018. The participants also discussed existing tools in order to monitor the attainment of Sustainable Development Goal target 16.4, which aims at significantly reducing […] arms flows […] and combat all forms of organized crime, and for which UNODC, along with the UN Office for Disarmament Affairs (UNODA), are co-custodians. 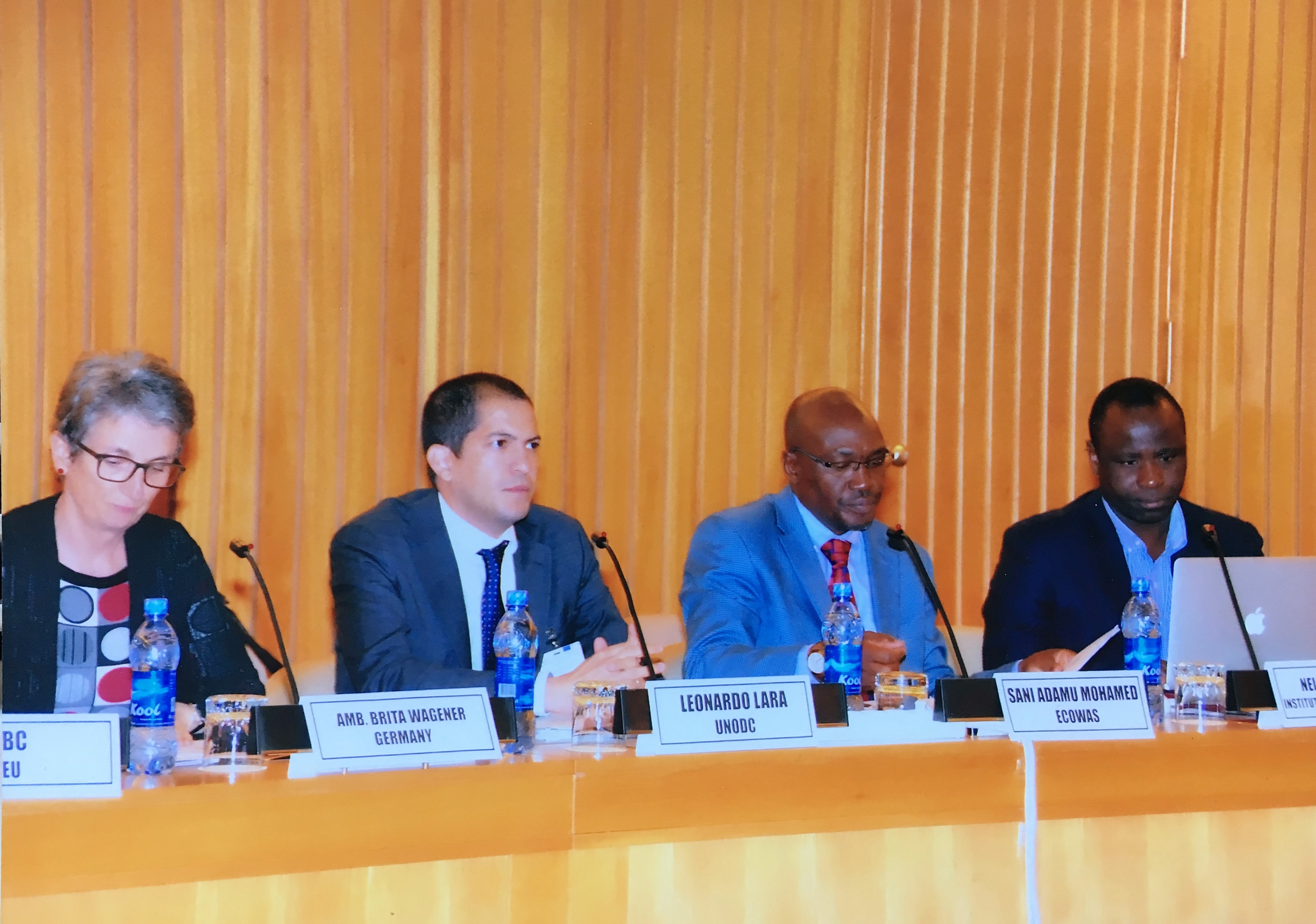 A better understanding of illicit firearms flows contributes to the development of evidence-based policymaking and to improving the fight against trafficking and proliferation. The participants highlighted the relevance of this exercise to get a better understanding of illicit flows and the questionnaire. The regional meeting improved data collection and analysis, support the evidence-based policy development and programming approaches of the African Union's African Peace and Security Architecture (APSA) for 2016-2020 as well as the Silencing the Gun roadmap.

This meeting for African Member States was the first of a series of regional meetings organized by UNODC as part of its EU funded project to support global data collection and analysis on firearms trafficking. The regional meeting for African Member States was organised with the financial support from Germany and the European Union.