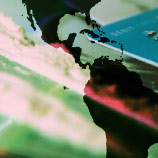 2 July 2009 - Central America is caught in the cross-fire between the world's biggest suppliers of coca (the Andean countries) and the world's biggest consumer of cocaine (North America). The organized crime, violence and corruption that come with this illicit trade pose a threat to security and deepen vulnerability.

At a high-level meeting in Managua on 24 June, ministers from the seven Central American countries, the Dominican Republic and Mexico agreed on a political declaration and regional programme to tackle crime, illicit drugs and terrorism in the region. It complements a similar meeting held in Santo Domingo in March that took steps to combat drugs, crime and terrorism in the Caribbean.

In their political declaration, ministers from Belize, Costa Rica, El Salvador, Guatemala, Honduras, Nicaragua, Panama, the Dominican Republic and Mexico declared a "strong commitment to the fight against drug trafficking, organized crime, terrorism and its financing," with a vow to "continue to wage an effective fight against the evils that threaten the development of our people."

Ministers spoke in support of a Managua mechanism to complement the Santo Domingo Pact, which is designed to coordinate the delivery of technical assistance.

There was also broad support for the creation of "centres of excellence" to pool expertise and strengthen capacity. Centres are planned for El Salvador (on urban crime prevention), Panama (on maritime security), the Dominican Republic (drug demand reduction and prison reform) and Guatemala (organized crime and forensic capacities). 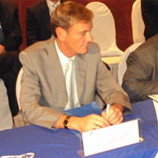 "This ministerial meeting is a strong political signal in favour of a regional approach to tackling a transnational threat", said UNODC Deputy Executive Director and Director of Operations Francis Maertens. He stressed the good cooperation that UNODC enjoys with such partners as the Central American Integration System (SICA), the Organization of American States (OAS), the Ibero-American General Secretariat (SEGIB), the European Commission and INTERPOL, and also the support of donors.

"Now the challenge is to move to an operational phase", said Maertens. "With donor support and good cooperation among our partners, we intend to scale up our engagement to assist countries of the region in controlling drugs and crime."

UNODC regional representative for Mexico, Central America and the Caribbean José Manuel Martínez said "this regional event provides a great opportunity for Central American member States and Mexico to present their national priorities with regard to strengthening the rule of law and fighting organized crime and drug trafficking."

Panama gets on board to boost port security

From coca to palm oil: alternative development in Peru