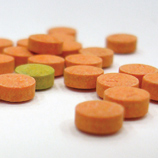 26 November 2009 -  East and South-East Asia face an increasing challenge in synthetic drugs, particularly amphetamine-type stimulants, due to their availability and adaptability to rapidly shifting markets.

While countries in the region have increased their efforts to tackle the problem, a new UNODC report highlights the continued need for joint efforts, both at the national and regional levels.

The report, entitled 2009 Patterns and Trends of Amphetamine-Type Stimulants and Other Drugs in East and South-East Asia, was launched today in Bangkok.

The report aims to create better understanding of the situation with regard to amphetamine-type stimulants and to promote the design of appropriate scientific, evidence-based policies and programmes to respond to it. The report shows, among other findings, that countries in East and South-East Asia have different capacities to monitor and react to the threat posed by synthetic drugs.

The number of countries reporting methamphetamine as their primary drug of use has remained largely the same over the past four years. However, "meth", as it is popularly known, has rapidly become more prominent in some countries, which now rank it as the second most common drug.

While "ecstasy" is not reported as the most common drug used in any country in East and South-East Asia, it is the second most common drug of use in Australia, Indonesia and New Zealand. Forensic and drug treatment information in East and South-East Asia is limited but suggests that drugs marketed as "ecstasy" often contain other substances, such as ketamine or methamphetamine.

The report was produced under the global Synthetics Monitoring: Analyses, Reporting and Trends (SMART) programme. Through the global SMART programme, UNODC works with Governments in the region to collect and share information and to support the various agencies to improve the ability to respond to the law enforcement and public health challenges posed by synthetic drugs.