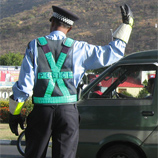 This pursuit resonates with the Force's mission statement, which states "We must always bear it in mind that we are, first and foremost, serving the public, and, in so doing, responding to their legitimate aspirations through our action".

To assist the Mauritius Police in this endeavour, the UNODC Regional Office for Eastern Africa and the United Nations Development Programme (UNDP) supported the Force to assess the challenges they faced, and to formulate a national policing strategic framework. The new framework will help structure the agenda for police reform and aid the process of transforming the "Force" into a "Service".

"We feel this is an opportune time for the Mauritius Police to usher in a new era of its history", said Commissioner of Police Dhun Iswur Rampersad. "We also realize that shifting from a 'Force' to a 'Service' will require that we improve our strategic planning capability, aim for a more efficient management of our human resources and enhance the soundness of our investigative practices, all rooted in human rights principles."

In January 2009, a core team of police officers was put in place by the Commissioner of Police to steer the development process of the national policing strategic framework.

UNODC and UNDP provided two police experts to guide the team. Consultant support was limited to providing a set of analytical tools and strengthening the strategic planning capacity of the core team, in order to promote ownership of the process and self-management.

In September, the core team undertook a one-week study visit to Surrey County in the United Kingdom. They met their counterparts and attended working sessions at the National Policing Improvement Agency in Bramshill. Those sessions helped the team gain a clearer understanding of the operational implications of some of the changes they intend to initiate in the months and years ahead.

"We were impressed by the innovative policing philosophy of Surrey Police. Their accounts of the way this transformative journey has taken place offered us invaluable lessons which will be greatly benefit us as we formulate our own reform plan", said Choolun Bhojoo, the team leader.

As a way forward, the police force plans to establish a permanent strategic planning unit at headquarters to drive the reform agenda and gradually foster the emergence of a new ethos and operational culture within the organization.

Roger Gaspar, one of the UNODC-UNDP experts supporting the process, concludes, "with the commitment of the Police Commissioner and his team to drive this process forward and with support from a committed United Nations team on the ground, there will be, without doubt, many positive and long-lasting positive changes in the Force's aspiration to 'serve' its people".