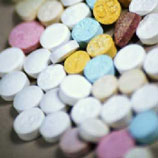 20 December 2010 - According to the latest Myanmar Situation Assessment on Amphetamine-Type Stimulants (ATS), the manufacture, trafficking and consumption of synthetic drugs in the country and region is worsening.

Published by UNODC, the report indicates that the impact of methamphetamine and other ATS trafficked from Myanmar affects not only the country's immediate neighbours but also parts of  East and South-East Asia. Speaking on this, Deepika Naruka, East Asia and the Pacific Regional Coordinator for the Global Synthetics Monitor: Analyses, Reporting and Trends (SMART) Programme, noted: "There are indications that the methamphetamine problem in Myanmar is becoming more severe. In 2009, large seizures of high purity crystalline methamphetamine were made in Myanmar. Authorities in both Myanmar and Thailand confirm that the manufacture of crystalline methamphetamine is now occurring in the Golden Triangle."

Home to between 50 per cent and 80 per cent of the estimated total number of ATS users in the whole of Asia, the issue of amphetamine-type stimulants in East and South-East Asia region is a major concern.

Over the past decade, Myanmar has become a key ATS producer in the region, particularly with regard to methamphetamine pills. In 2009, seizures of pills in Myanmar and the countries immediately bordering Shan State tripled compared to the previous year, a trend which has continued in 2010. Between January and September 2010, more than 44 million pills were seized in Thailand alone, while over 22 million pills were confiscated in Lao PDR.

While most of the drugs produced in Myanmar - both in terms of opiates and methamphetamine - are mainly destined for the international market, domestic use of ATS in the country is increasing. Exacerbating this worrying trend is the lacking resources for drug treatment facilities in Myanmar. As in other countries in the region, capacity on this front is low, with no treatment facilities specifically focusing on ATS dependency..

The report is a critical tool in the fight against illicit drugs in general and ATS in particular in the region. Speaking at the launch of the report in Bangkok, Gary Lewis, UNODC Regional Representative for East Asia and the Pacific noted: "This Situation Assessment is the first of its kind. It aims to provide a clearer understanding of the ATS situation in Myanmar, in order to design effective and evidence-informed responses."