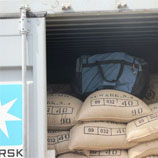 8 February 2010 - The UNODC Container Control Programme continues to show positive results as two drug seizures were reported in Panama, one of the latest ports to join the programme.

In the first case, a container destined for New Jersey, United States, purportedly carrying coffee was found, on 3 February, to be carrying 24 kg of cocaine and 2 kg of heroin (with a US street value of US$ 2.9 million and US$ 0.26 million respectively) stashed in a sports bag. The container was tracked and identified with information from the police and drug prosecution officials of Panama. 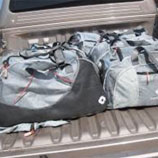 In the second seizure, made following a verbal tip to a police officer, officials confiscated eight bags containing 177 kg of cocaine (with a Spanish street value of US$ 15.6 million) from a container at the port of Manzanillo. The container originated in Venezuela and was destined for Bandar Abbas, Iran, via Barcelona, Spain. It is assumed that the drugs were to be offloaded in Barcelona.

These are the first two reported seizures since Panama joined the Container Control Programme in June 2009 in an effort to improve container security.

The Container Control Programme is a joint effort between UNODC and the World Customs Organization that aims to assist port authorities in developing countries to establish profiling systems and modern control techniques to ensure proper control and enforcement in the commerce of legal goods.

"In terms of volume and profile, the addition of Panama to the Container Control Programme puts us in a whole new league", said Ketil Ottersen, the senior UNODC official responsible for coordinating the Programme. "The port of Panama (including the Panama Canal and four container terminals) is a highly strategic maritime hub, servicing 11 million containers a year - by far the largest segment in the Programme."

The Programme is also operational in Ecuador, Ghana, Pakistan, Senegal and Turkmenistan.