Helping Yemen to respond to terrorism 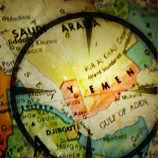 12 January 2010 - Recent events in Yemen underline the serious challenge to security in this fragile country. Security should be achieved through the rule of law. So far, terrorism prevention efforts in Yemen have been based on a legal framework that is not yet in full compliance with the international standards set forth in the universal legal instruments against terrorism. UNODC is helping out by strengthening the legal regime against terrorism.

On 29 December 2009, Yemen's Parliament took three crucial steps to strengthen the country's capacity to fight terrorism by adopting a convention for countering the financing of terrorism and new laws against money-laundering and the financing of terrorism. "Starving terrorists of funding is crucial for the success of counter-terrorism operations - it's like cutting off their oxygen," said Cecilia Ruthström-Ruin, Chief of the UNODC Terrorism Prevention Branch.

Since 2003, UNODC has been providing Yemen with technical assistance for the ratification of the counter-terrorism conventions and the enactment of counter-terrorism legislation in line with international standards. It has also been building the capacity of law enforcement and judicial institutions to put these legal instruments into practice. This is part of the plan of action for preventing terrorism between Yemen and UNODC that was agreed in 2005 and refined in 2006 and 2008.

On 8 and 9 December 2009, the Terrorism Prevention Branch of UNODC, together with the Committee for Combating Money-Laundering and the Financing of Terrorism of Yemen, held a workshop in Sana'a to train criminal justice officials from the judiciary, law enforcement and intelligence agencies, as well as relevant ministries.

"It's important that Yemen is ratifying counter-terrorism instruments - but their sharpness depends on implementation. UNODC will build closer cooperation with the Government of Yemen in order to help strengthen its legal and institutional counter-terrorism framework," said Ms. Ruthström-Ruin.