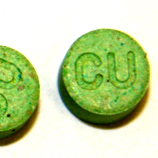 25 November 2010 - According to the latest report from UNODC, amphetamine-type stimulants - or ATS drugs - in particular methamphetamine, are now ranked in the top three most popular drugs of choice in East and South-East Asia displacing the use of traditionally used drugs such as heroin, opium or even cannabis.

The report, " Patterns and Trends of Amphetamine-Type Stimulants and Other Drugs: Asia and the Pacific", points toward ATS as a critical emerging threat to the region on health and law enforcement levels, with between 3.4 million and 20.7 million people in East and South-East Asia alone having used amphetamines in the past year - a sizeable portion of the estimated 14 million to 53 million global users.

Speaking on the spread of ATS and the marked implications for health and welfare, Yury Fedotov, Executive Director of UNODC, noted: "The increased manufacture and use of ATS is a worrying trend and a growing health challenge for the region. While overall development levels in many countries are climbing, and the lives of millions are improving, the spread of ATS use is a sad - and unnecessary - situation and one which must be tackled with immediate urgency."

In addition to the health threat posed by ATS, the spread of these drugs has also been linked to organized crime in the region. In South Asia for instance, the large licit chemical and pharmaceutical industries offer organized criminal groups an attractive base from where to manufacture and market ATS and unlike plant-based crops that are dependent on factors including climate and geography, ATS drugs can be produced in clandestine laboratories using easily obtainable ingredients and formulas. This ease of establishing facilities has been witnessed with the movement of these locations from traditional production areas such as Western Europe to the more lucrative markets in the developing world.

Speaking at the launch of the report in Tokyo, Sandeep Chawla, Director of Policy Analysis and Public Affairs at UNODC stated: "By being able to produce ATS in their basements and backyards, criminals are presented with new opportunities which must be denied. While the production and consumption centres of traditional drugs such as heroin and cocaine are often separated by large geographical distances, synthetic drugs can be manufactured almost literally in the kitchens of users. This means that there is no long trafficking route along which law enforcement can intercept the drugs. ATS thus pose very different challenges for law enforcement".

Developed under the UNODC Global Synthetics Monitoring: Analyses, Reporting and Trends (SMART) Programme, the report highlights the spread of ATS, looking at amphetamine, methamphetamine, methcathinone, and ecstasy-group substances. One particularly worrying trend highlighted in this year's report - and an example of the evolving health and law enforcement challenges - is the continued growth in the use and trafficking of ketamine in East and South-East Asia. As a cheaper alternative to drugs such as ecstasy, and with wide availability due to its medical uses, the growth in this drug is a disturbing movement and one which must be dealt with urgently. In 2009, 6.9 metric tons of ketamine were seized in the region, up from 6.3 metric tons the previous year, and with about 85 percent of global seizures being made in East and South-East Asia in 2009, ketamine is an example of the rapid expansion of ATS in the region.

Sadly, as is far-too-often the case, improved prosperity in an area is often followed by the growth of drugs in that particular market. As East and South-East Asia's increased wealth and accelerated movement of persons, trade and goods continues to lift millions out of poverty, it is regrettable to see the expansion of criminal, drug-focused organizations and the resultant increases in the production, trafficking and use of ATS and other drugs.

Patterns and Trends of Amphetamine-Type Stimulants and Other Drugs: Asia and the Pacific (pdf)