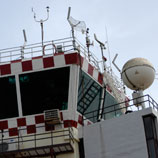 15 November 2010 - According to UNODC estimates, between 30 and 100 tons of cocaine transited through West Africa in 2009. The frequency of big drug seizures, such as the recent 2.2 tons of cocaine seized in Gambia, emphasize the seriousness of the problem of drug trafficking in the region. Cocaine mainly transits through West Africa by air and sea, originating from Latin America and heading to Europe.

UNODC recently teamed up with the World Customs Organization and Interpol to start a project that will improve airport intelligence and information sharing between seven West African countries and Brazil.

The project, called Aircop, aims to establish secure, effective communications and exchange of intelligence between Brazil, Cape Verde, Côte d'Ivoire, Ghana, Mali, Nigeria, Senegal and Togo during its first phase, while Guinea Conakry and Morocco have been invited to join.

The 3.2 million dollars project, financed by the European Union and Canada, consists of setting up Joint Airport Interdiction Task Forces composed of officers from all law enforcement agencies involved in combating illicit trafficking, operating around the clock at each of the selected international airports.

The task forces are not meant to conduct investigations, but to help increase the number and quality of drug seizures through providing more specialized services. The task forces will be equipped with effective communication equipment with access to Interpol's international databases and to a secured system of communications managed by the World Customs Organization (called CENcomm), allowing real-time exchange of operational information between participating airports. For its first phase, the project will run for 36 months through  the coordination of the UNODC Regional Office for West and Central Africa.

Speaking at the launch of the project in Dakar, Senegal, the head of the European Union delegation in Dakar, Gilles Hervio, said, "Aircop will bring together all agencies in charge of fighting trafficking and organized crime at the national level into a unit that can work with regional and trans-regional counterparts". His counterpart from Canada, Ambassador Perry Carlerwood, welcomed the new development, saying "it could also contribute to the fight against illegal movements of persons, goods, and prevent terrorism".

The Aircop project is a product of the ECOWAS Regional Action Plan to address the growing problem of illicit drug trafficking, organized crime and drug abuse in West Africa, and it contributes to the Dakar Initiative to Fight Narcotics. The project will soon be extended to more Latin American and Caribbean countries.