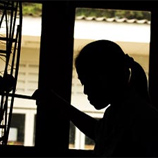 23 September 2010 - The Group of Friends against Human Trafficking, a coalition of 20 countries, held its first ministerial meeting in New York to step up efforts against modern-day slavery.

Lending his weight to the initiative, Yury Fedotov, Executive Director of UNODC, lauded "the Group's commitment to promote decisive actions at national, regional and international levels to strengthen the fight against trafficking in persons".

The United Nations has estimated that more than 2.4 million people are currently being exploited as victims of human trafficking. Every year, thousands of women and children are exploited by criminals for forced labour or in the sex trade. No country is immune. Almost all play a part, either as countries of origin, transit or destination.

The Group has played an important role in supporting the United Nations Global Plan of Action to Combat Trafficking in Persons. Adopted by the General Assembly in July 2010, the Plan urges Governments to take coordinated, comprehensive and consistent steps to combat such trafficking and to adopt a human rights-based approach.

The Plan called for the setting up of a United Nations voluntary trust fund for victims of trafficking, especially women and children. The fund would help Governments, as well as intergovernmental and non-governmental organizations, to protect and support victims of human trafficking so that they can recover from their physical and psychological scars. It would also afford them legal and financial aid. UNODC is currently working towards the establishment of the fund.

Recognizing that political commitment alone is no guarantee of success, the UNODC chief appealed to donors: "Right now, what the fund needs most is the fuel to make it run. I call on Member States, the private sector and philanthropists to contribute generously to this trust fund when it is launched in few months' time. It is your financial support that will be pivotal to its success," said Mr. Fedotov.

Coming on the heels of the Global Strategy for Women's and Children's Health, a worldwide effort initiated by Secretary-General Ban Ki-moon to save the lives of more than 16 million women and children, the Group is making a timely contribution to help further the Millennium Development Goals as they relate to gender-based violence, health and social discrimination.

UNODC has drawn attention to the plight of trafficked victims through the Global Initiative to Fight Human Trafficking ( UN.GIFT), the Blue Heart Campaign, its global campaign and goodwill ambassadors. UNODC's Global Report on Human Trafficking, anti-trafficking toolkits and manuals, documentary films, public information and technical assistance have also played a part in mobilizing public opinion against this crime.

UNODC is the guardian of the United Nations Convention against Transnational Organized Crime and its anti-human trafficking protocol.

United Nations Global Plan of Action against Trafficking in Persons