Turning the tide of drugs and crime in Africa 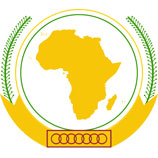 5 October 2010 - There can be no lasting social and economic development without security, and African States are taking action to make sure that crime, in particular transnational organized crime, never grows deep roots in the continent.

At a meeting of the African Union Conference of Ministers for Drug Control and Crime Prevention, held in Addis Ababa on 1 and 2 October, representatives of 34 African Union member States and international entities, including UNODC, addressed the emergence of organized crime in Africa.

The Commissioner for Social Affairs at the African Union Commission, Bience Gawanas, noted that drug trafficking was on the increase, and that the "revenue generated from illicit activities is distorting some economies and destabilizing some African countries".

But drug trafficking is only one of the challenges: UNODC researchers have found that criminal groups are also undermining Africa's ability to continue making progress by smuggling migrants to Europe, selling counterfeit medicines, participating in maritime piracy off the Horn of Africa and committing environmental crime. Corruption, too, is a major impediment to development.

At the meeting in Addis Ababa, Ministers recognized that the time had come to move beyond policymaking. As Francis Maertens, Deputy Executive Director of UNODC, said: "Comprehensive continental, regional and national action plans and programmes have been developed and launched. Now is the time to fully translate them into action on the ground."

Governments present at the meeting resolved to take the following steps, among others:

As Secretary-General Ban Ki-moon noted earlier this year on the occasion of Africa Day, the United Nations' "partnership for peace in Africa has already borne fruit". UNODC continues to work so that this partnership brings ever more tangible results.

Press release on the meeting by the African Union

Report of the meeting

When cheap fakes mean paying too high a price