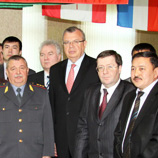 21 April 2011 - UNODC Executive Director Yury Fedotov is paying an official visit to Moscow to meet with high-level Russian officials to discuss the challenges in dealing with the interrelated threats of drugs and crime. As the lead UN agency working with countries in tackling illicit drugs, transnational organized crime and terrorism, UNODC cooperates with states across the world in countering these threats to international safety and security.

Speaking ahead of his meetings in the Russian capital, Mr. Fedotov noted that sustained efforts by all partners in addressing contemporary challenges and threats are required: "The Russian Federation has an important geo-political role to play in dealing with some of today's most critical issues such as the trafficking of illicit drugs. On both a security level and with regard to human development at home and in the region, it is imperative that this scourge be dealt with." 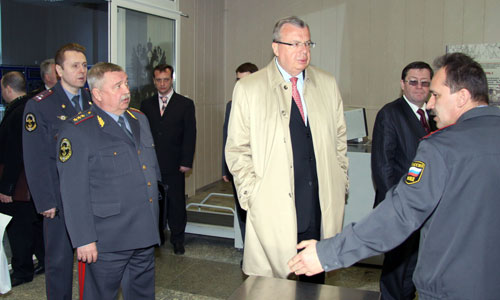 While in Russia, Mr. Fedotov is meeting with a range of lead officials across the spectrum of the country's anti-drug and crime divisions. The UNODC Executive Director will meet with the Head of the Administration of the President of the Russian Federation Mr. Sergey Naryshkin, and the Minister of Foreign Affairs Mr. Sergey Lavrov. In the course of his meetings yesterday, Mr. Fedotov discussed issues related to drugs and health with the Minister of Health and Social Development, Ms. Tatyana Golikova, and compared notes on a wide range of counter-narcotics issues with the Director of the Federal Drug Control Service, Mr. Victor Ivanov. In order to discuss criminal justice and law enforcement matters related to illicit narcotics, crime and security in general, Mr. Fedotov is meeting the Minister of Justice Mr. Aleksandr Konovalov; the State Secretary-Deputy Minister of Interior, Mr. Sergey Bulavin; the Head of Russia's Federal Financial Monitoring Services (Rosfinmonitoring), Mr. Yury Chikhanchin; and the Director of the Federal Correctional Service, Mr. Aleksandr Aleksandrovich Reymer.

The Executive Director also visited yesterday the Domodedovo Training Centre which was established in 2003 by the Russian Government and UNODC. The Centre provides training to Russian officials as well as anti-narcotics and law enforcement personnel from the Commonwealth of Independent States as well as other countries, including Afghanistan and Pakistan.

During his meetings the Executive Director of UNODC commended the Russian Government's support of the 1961, 1971 and 1988 drug control conventions - the 3 internationally agreed-upon drug control treaties which deal with narcotic drugs, psychotropic substances and precursors. He also noted concerns raised around border security and offered UNODC's assistance in providing training on border management and drug interdiction efforts. Mr. Fedotov expressed appreciation of the support provided by the Russian Government to the work of UNODC. In January 2011, Russia contributed US$ 7 million towards furthering UNODC's work, and pledged an additional US$ 2 million per annum to assist efforts in fighting the twin threats of illicit drugs and transnational organized crime. 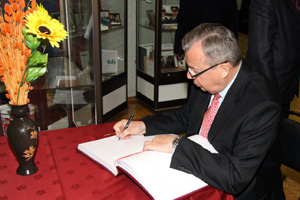 On the issue of drug dependence, Mr. Fedotov called for increased cooperation between Russian and other experts in improving the quality and coverage of treatment in the country as well as internationally. Noting that all partners, including the public sector, the NGO community, and international organizations, have their own unique roles to play in this area, the Executive Director called on the involvement of all players in tackling the drug challenge.

The move against illicit financial flows and the linkages to narcotics and other organized crimes were also discussed. As an important area requiring attention in the tackling of the global drug trade, the Russian Federation has been working actively with the international community on this: "Russia has been a supporter and contributor to the Paris Pact Initiative, a technical assistance project aimed at stemming opiates trafficked from Afghanistan, said Mr. Fedotov. "With the Paris Pact, Russia has been centrally involved in the production of the so-called 'Orange Paper' looking at the illicit financial flows linked to Afghan Opiates and helping improve knowledge about how to curb the drug trade on this level."

Mr. Fedotov will be accompanying Secretary-General Ban Ki-moon who is arriving to Moscow today on a visit which is part of his Central and Eastern Europe Mission. The Secretary-General will be holding talks with President Dmitry Medvedev, Foreign Minister Sergey Lavrov, and other officials as well as with the Head of the regional Collective Security Treaty Organization.