Prison Reform in Latin America and the Caribbean 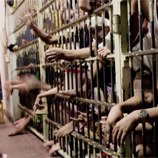 03 August 2011 - The recently established Centre of Excellence on Prison Reform and Drug Demand Reduction in Santo Domingo, Dominican Republic, forms part of the efforts of UNODC to strengthen criminal justice in Latin America and the Caribbean. Working with authorities to enhance capacity, the Centre promotes effective policies and the delivery of training programmes.

The issue of prison reform is a particular concern within the region. Overcrowding, poor prison conditions and health services, lack of planning and resources, and a lack of social reintegration programmes are just some of the challenges. In addition, more attention needs to be given to prisoners with special needs, such as women, children in detention, children of incarcerated mothers, prisoners with mental health-care requirements and drug-dependent prisoners.

Prison reform is an important part of a country's justice sector. In addition to ensuring humane conditions, it must take into account other considerations, including the links between imprisonment, poverty and public health, its societal impact and public finances.

The indirect costs are also considerable. For example, imprisonment disproportionately affects individuals and families living in poverty. It also burdens a country's public health system, given that in many places prisoners are likely to be suffering from health problems which will not receive proper care inside prison. Additionally, imprisonment disrupts relationships and families, thus weakening social cohesion. Severe overcrowding promotes the spread of HIV and drug use, and prolonged contact with other prisoners entrenches criminal behaviour, factors which are not just bad for the inmates but also harmful to society when they are released.

To address these challenges, the Centre of Excellence is to look into alternatives to imprisonment, the modernization of prison administration, the social rehabilitation of inmates and the development of legislation in line with international standards and norms. The Centre will also examine drug demand reduction within communities and prison settings to adjust strategies and interventions for the prevention of drug use and the treatment and care of drug users.

One of the key activities being organized by the Centre of Excellence this year is a high-level meeting on best practices in the treatment of prisoners. Taking place in Santo Domingo from 3 to 5 August, it brings together experts from 22 countries in the region and offers a platform for discussion and learning.  A primary aim of the meeting is to assist in the exchange of best practices related to the implementation of the United Nations Standard Minimum Rules for the treatment of prisoners in Latin American and Caribbean countries. This meeting and the subsequent sharing of best practices, alongside the Centre's work in research and technical capacity-building, are the first steps in assisting countries as they move towards enhancing and reforming prison systems in the region.

UNODC is helping States to build the rule of law through fair and effective criminal justice systems, with a particular emphasis on vulnerable groups such as women, children and those who are HIV-positive. The Office has developed projects in the areas of juvenile justice, penal reform and support to victims, and is increasingly engaged in post-conflict and vulnerable countries. UNODC has also prepared assessment tools, manuals and training modules based on United Nations standards and norms for criminal justice officials.

United Nations Standard Minimum Rules for the treatment of prisoners