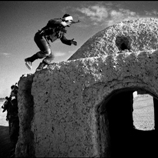 19 July 2011 -The border separating the Iranian province of Sistan and Baluchestan from the Islamic Republics of Afghanistan and Pakistan is today considered one of the major trafficking areas for heroin and opium.  The Islamic Republic of Iran, as a whole, is responsible for the world's highest seizure rates with some 89 per cent of opium and 41 per cent of the global heroin and morphine being intercepted in that country.

To see first-hand the smuggling route favoured by traffickers and to discuss approaches in curbing the movement of drugs and other illicit goods across the border, UNODC Executive Director Yury Fedotov today visited the south Khorasan and north Baluchestan border areas. An immense structure aimed at stemming the movement of heroin through Iran, the 1,000 km long barrier is a series of embankments, canals, trenches, and cement walls sprawled along the eastern border. As the frontline in tackling the movement of illicit drugs both into and through Iran, the dangers of working in this area are evident. In the past three decades around 3,700 police officers have been killed in counternarcotics operations with tens of thousands injured.

According to the police there are presently 50 smuggling routes in use in the Sistan and Baluchestan Province, with key locations in Mirjaveh, Zahedan, and Iranshahr. In recent years new tactics have been employed leading to a dramatic increase in the number of these routes and posing new challenges to tackling trafficking in the region. Drug trafficking and its related crimes present a serious challenge to the country. In addition to security threats, health issues are of major concern since Iran has a high rate of drug addiction.

While visiting the intersection between Afghanistan, Iran and Pakistan, Mr. Fedotov noted the ongoing and crucial role of the Triangular Initiative. Launched in 2007, the Initiative is aimed at strengthening cooperation in law enforcement between the three countries most seriously affected by illicit opiates from Afghanistan - the origin of more than 90 per cent of the world's opium and heroin. Through promoting partnerships on border security and regional collaboration to deal with drug trafficking, it has helped to forge an unprecedented level of cooperation between the three countries. 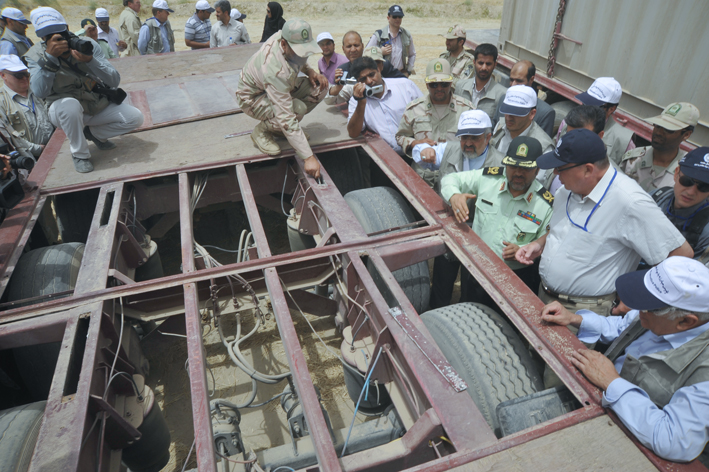 The previous day, Mr. Fedotov recognized that the Government played an active role in supporting regional initiatives, including in the UNODC-brokered Triangular Initiative, which brings together the Ministers for drug control from Afghanistan, the Islamic Republic of Iran and Pakistan. He visited the Joint Planning Cell which was already delivering results - 6 tons of drugs seized as a result of 10 joint operations and intelligence sharing. "I encourage the three countries to step up dialogue, further cooperation and achieve even more impressive results" he said.

Mr. Fedotov's visit highlights the importance of the newly launched UNODC Country Programme for Iran 2011-2014. As part of the Office's work, technical cooperation will be provided to Iran to enhance national efforts in the framework of the Triangular Initiative.  Recognizing Iran's active role within the Initiative, the Executive Director noted that the three countries form "the first line of defence against the flow of illicit drugs that threaten security throughout the region and beyond."