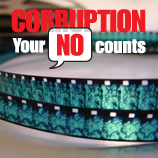 12 October 2011 - The Russian Federation this week announced a grant of over $515,000 to UNODC for its work in the area of countering corruption. The funds are an important contribution to the Office's mandate to enhance the understanding and implementation of the United Nations Convention against Corruption, the first and only all-inclusive international anti-corruption instrument, joined currently by 154 countries under the universal umbrella of the United Nations. It is a legally binding document and applies to both the public and the private sector.

Part of the funding from the Russian Federation will be used to support the functioning of the Mechanism for the Review of Implementation of the United Nations Convention against Corruption, a globally unique peer review mechanism aimed at assisting countries in meeting the objectives of the Convention. The funding will also ensure an expansion of the recently launched Tools and Resources for Anti-Corruption Knowledge (TRACK) online portal and the legal library, a comprehensive database of legislation and jurisprudence relevant to the Convention from over 175 States, systematized in accordance with the requirements of the Convention. This web-based anti-corruption forum brings together legal and non-legal knowledge relating to countering corruption and to asset recovery, enabling Member States, the anti-corruption community and the general public to access information in a central location.

The Russian Federation also supports the anti-corruption efforts of UNODC in another crucial area: promoting the Convention framework as a tool to mainstream anti-corruption safeguards during the preparation and organization of major events, including major sports events.

Another initiative focuses on the development of consolidated global business principles based on the Convention. Corruption is detrimental to businesses of all types - large and small, multinational and local. Over the years, a number of regional and international initiatives, standards and principles have been developed to provide guidance for companies on how to fight corruption in their business operations by upholding enhanced integrity standards.