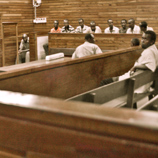 22 February 2012 - In 2011, pirates made some $170 million in ransom money for hijacked vessels and their crews. That figure represents an increase since 2010, when ransoms paid amounted to over $110 million, according to UNODC.

Ransom money is increasingly flowing into the legal financial system, while the laundering of the proceeds of piracy is causing consumer prices to rise steeply in the Horn of Africa and the surrounding area.

Briefing the Security Council on the situation in Somalia, UNODC Executive Director Yury Fedotov said: "Piracy money is also being reinvested into criminal activities that are not limited to piracy. Drugs, weapons and alcohol smuggling, as well as human trafficking, also benefit from the proceeds of piracy."

UNODC is working with other United Nations agencies and Member States to help to increase awareness of illicit money flows linked to piracy, in order to tackle what is a growing problem. Central to its Counter-Piracy Programme is its support for financial intelligence units and law enforcement agencies in East Africa and the Horn of Africa. UNODC is working with the World Bank and INTERPOL on a joint report on illicit financial flows linked to piracy, which will published at the end of this year.

The Counter-Piracy Programme is providing support to East African countries willing to prosecute piracy, in particular through training programmes for police, prosecutors, judges and prison personnel in Kenya, Seychelles, Mauritius and, where security conditions allow, Somalia.

According to a review conducted by UNODC, 1,116 young Somali men faced criminal proceedings for piracy in 20 countries around the world, while 688 were dealt with in the region.

The assistance provided is strengthening the criminal justice systems of those countries and helping them to become fair, efficient and consistent with human rights standards. In Kenya and Seychelles, UNODC has refurbished prisons and built courtrooms, while also ensuring that witnesses appear at court hearings. However, the existence of child pirates within the criminal justice system represents a complex issue.

In Garowe, Puntland, construction of a prison academy has begun; a court, a farm and a prison with capacity to accommodate 500 prisoners is to follow soon. A piracy prisoner transfer programme supports the transfer of convicted pirates back to Somalia to serve their sentences, while ensuring that prison conditions meet international standards.

"To make our efforts more effective, we need broader international support beyond this region. This is the most efficient way to sever the arteries that sustain piracy," said Mr. Fedotov, adding that the issue of piracy required a strong inter-agency approach that struck a careful balance between law enforcement and the judiciary, on the one hand, and the rights of persons accused and convicted of piracy on the other.