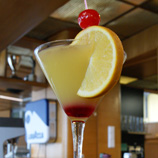 1 February 2012 - Many people, especially young people, have fallen victim to criminal assault, including sexual assault, as a result of being drugged. In drug-facilitated crimes, victims are incapacitated or rendered unconscious by the effects of intoxicating drugs. There has been a significant increase in reports of drug-facilitated crime worldwide.  Unfortunately, the nature and extent of the problem is not well established owing to a scarcity of accurate data.

In order to assist Member States globally to deal effectively with drug-facilitated crimes, UNODC has issued Guidelines for the Forensic Analysis of Drugs Facilitating Sexual Assault and Other Criminal Acts. These guidelines address forensic issues ranging from those which arise from the time a victim reports a crime to law enforcement, to the process of proper and timely evidence collection by health-care professionals, to laboratory analysis by forensic scientists in order to produce reliable and accurate results for evidence that is admissible in court.

"Quite often, these crimes go unpunished because of lack of forensic evidence to convict the perpetrators as a result of poor, and often late, collection and analysis of vital evidence such as urine, blood or hair samples," says Justice Tettey, Chief of the Laboratory and Scientific Section of UNODC.

The manual provides guidance to investigators and medical professionals on successful evidence collection (including sample collection and storage), and to analytical toxicologists on carrying out analysis of these substances and interpreting results in cases of drug-facilitated crimes.

The guidelines will enhance the analytical capabilities of laboratories in different countries and raise awareness of the required synergies between forensic laboratories, investigation personnel and medical professionals in addressing drug-facilitated crime. The guidelines emphasize the importance of the collaboration of all those involved in the investigation, as well as the importance of collecting consistent data.

Guidelines for the Forensic Analysis of Drugs Facilitating Sexual Assault and Other Criminal Acts was developed in response to resolution 53/7 of the Commission on Narcotic Drugs, which was adopted in 2010.