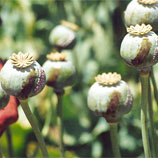 12 January 2012  - The full Afghan Opium Survey for 2011 points to a dramatic increase of 133 per cent in the farm-gate value of opium compared with 2010 (the summary findings of the survey were issued in September 2011).  Released today by the Ministry of Counter-Narcotics of Afghanistan and the United Nations Office on Drugs and Crime (UNODC), the survey reveals that the farm-gate income generated by opium probably amounted to $1.4 billion, equivalent to 9 per cent of the GDP of Afghanistan in 2011.

Even more striking is the potential income derived from opium production. Export earnings from Afghan opiates may be worth $2.4 billion - equivalent to 15 per cent of GDP. Such vast sums cannot easily be earned in other ways. "Opium is therefore a significant part of the Afghan economy and provides considerable funding to the insurgency and fuels corruption," said Yury Fedotov, Executive Director of UNODC.

Almost 60 per cent of farmers surveyed in 2011 said that they were motivated primarily by the high prices fetched by opium poppy cultivation, which will continue to remain attractive if it reaps bumper profits, according to the survey. Compounding the problem was a simultaneous drop in the price of wheat. In 2011, the gross income from opium was 11 times higher than that from wheat, the biggest difference in income since 2003.

In 2010, plant diseases wiped out much of the opium yield and the resulting scarcity of fresh opium triggered a speculative rise in prices. While higher prices had been expected in 2011 after opium yields returned to pre-blight levels, the 2011 values far exceeded expectations. The gross per-hectare income from opium cultivation ($10,700) also reached levels not observed since 2003.

"The Afghan Opium Survey 2011 sends a strong message that we cannot afford to be lethargic in the face of this problem. We thank the Government of Afghanistan for the leadership and dedication already shown, but a stronger commitment from a broad range of national and international partners is needed to turn this worrying trend around", said Mr. Fedotov, referring to rising production.

UNODC recently launched an ambitious regional programme for Afghanistan and neighbouring countries that focuses on counter-narcotics, as well as a new country programme to support alternative livelihoods for opium poppy farmers. In addition, the UNODC-brokered Paris Pact, an initiative involving more than 50 States, provides a platform to promote coordinated measures to counter drug trafficking from Afghanistan. Next month in Vienna, the Governments of States members of the Paris Pact initiative will meet at the ministerial level to consider the next steps. "With the transition of responsibilities towards 2014 in mind, our message is clear. Counter-narcotics is not the exclusive domain of specialized units alone, but the shared responsibility of everybody concerned with security, stability, governance and development in Afghanistan and the wider region", said Mr. Fedotov.