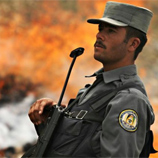 18 June 2012 - The Governments of the Russian Federation and Japan today unveiled a one-year training project aimed at boosting the counter-narcotics capacities of Afghanistan. The main goal of the project is to improve the anti-narcotics operational capacities of the Afghan National Police (ANP) officers through specialized training to be given at the Russian Ministry of the Interior training centre in Domodedovo, near Moscow. Beginning in September 2012, the project, which is sponsored by the Government of Japan, will be implemented under the overall coordination of UNODC.

The project is financed by the Government of Japan as part of a broader package of assistance for the activities of UNODC to be carried out in the framework of the regional programme for Afghanistan and neighbouring countries for the period 2011-2014. Launched in December 2011, the regional programme, designed to boost coordinated counter-narcotics efforts and regional stability, places particular emphasis on strengthening border controls to prevent the trafficking of drugs. Earlier this year, the Government of Japan supplemented its voluntary funding to projects in Afghanistan and neighbouring countries with $13.6 million as part of its "Aid to Afghanistan" initiative.

With the handover of responsibilities to the Afghan Government planned in 2014, Mr. Fedotov has stressed that the international community will increasingly look to the United Nations to shoulder additional responsibilities in support of Afghanistan. "I welcome this joint venture between Japan and the Russian Federation to provide counter-narcotics training to police officers. The project is a sign of the shared responsibility that all nations have in seeking to interrupt the flow of illicit drugs from Afghanistan. I hope there will be many more such collaborations between countries in the future", said the Executive Director, who called the joint endeavour a good example of cooperation to emulate in addressing the Afghan drug problem. The Executive Director also noted the timeliness and importance of the project, coming shortly after the launch of the UNODC regional programme for Afghanistan and neighbouring countries.

Ambassador Ozawa stated that "strengthening the capacity of local police to deal with drug problems will be an important contribution towards realizing peace and stability in Afghanistan". Referring to the cooperation between the Russian Federation and Japan, the Ambassador went on to stress that  "commitments of our leaders can and do result in concrete, practical and beneficial outcomes for all" and emphasized that UNODC is an important partner in the post-conflict nation-building of Afghanistan.

Ambassador Voronkov expressed his gratitude to the Government of Japan for the financial contribution to the project. He emphasized that the contribution would further facilitate cooperation between the two countries and UNODC, and could be built upon and enhanced in the future. "Our intention is that the Domodedovo project serve as a good starting point for our broad-scale cooperation with Afghanistan and Japan under the auspices of the United Nations, as well as with other stakeholders, within the regional programme".