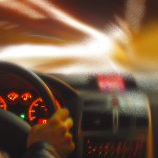 21 March 2012 - According to the World Health Organization, nearly 1.3 million people are killed on the world's roads each year. Up to 50 million people are injured, and many remain disabled for life. Ninety per cent of casualties from road deaths occur in developing countries. The situation is projected to escalate especially as more developing countries record significant increases in car use.

Although alcohol is by far the most prevalent and well documented psychoactive substance affecting drivers, concerns have been mounting about increasing reports of road deaths linked to illicit or medicinal drugs. It is well known that drugs, even those prescribed by a physician, can impair perception, judgement, motor skills and memory - critical skills for safe and responsible driving.

In recognition of this emerging problem, the 2011 Session of the Commission on Narcotic Drugs (CND) passed Resolution 54/2 which recognizes the importance of a coordinated approach to addressing the health and public safety consequences of drugged driving, through evidence based research and collaborative efforts. The resolution highlighted the international nature of the problem and the need to work together to find solutions. At a side event of the 2012 CND, delegates discussed progress made and the outcome of the first International Symposium on drug-impaired driving that was held in Montreal Canada last year.

The CND Resolution follows the March 2010 proclamation by the United Nations General Assembly of the period 2011- 2020 as the Decade of Action for Road Safety. This proclamation underscores the growing problem posed to road safety, particularly in developing countries, and includes as one of its pillars for action a call for safer road users. This goal will be achieved by, inter alia, developing comprehensive road safety programmes, sustaining or increasing enforcement of laws and standards and increasing public awareness and education programmes in order to stabilize and then reduce the forecasted level of global road fatalities by 2020.

Compared to drink driving, drug-driving research is in its infancy. Ongoing studies in North America and Europe are attempting to quantify the risks of driving while under the influence of drugs, but there is little global research. There is need for consistent, comparable data on the nature and extent of drug use by drivers in order to develop policies and programmes that can be shared among countries in support of effective countermeasures.

Law enforcement plays a critical role in reducing drugged driving, and there is need to increase training for law enforcement officials on how to recognise signs and symptoms of drugs other than alcohol.

"We need to develop specific and targeted awareness messages for each group of people since drugged driving applies to different demographic groups, such as youth smoking marijuana while driving, or elderly drivers who may be taking prescription medicine for various ailments," said Michel Perron, head of the Canadian Centre on Substance Abuse (CCSA). CCSA works to provide national leadership and evidence-informed analysis and advice to promote efforts to reduce alcohol- and other drug-related harms. CCSA co-hosted the first international symposium on drug-impaired driving that was held in Montreal Canada in July 2011.

UNODC will work to incorporate public awareness of the public safety issue of drug-affected driving into future advocacy programmes, which will include awareness of the legal situation, law enforcement methods and the real risks of drugged driving to drivers and the general public.

UNODC will also closely work with Member States to develop national responses to address drug-affected driving, by assessing and monitoring the magnitude of this phenomenon at the national level and by exchanging information and best practices on effective responses.