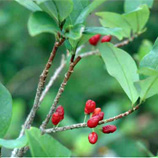 17 September 2012 - The cultivation of coca bush, which yields the leaf used for the production of cocaine, is down by around 12 per cent in the Plurinational State of Bolivia, according to the 2011 national coca monitoring survey presented today by UNODC and the Government of Bolivia. The area under cultivation reached around 27,200 hectares (ha) in 2011, down from some 31,000 ha in 2010, marking the end of three years of high levels of cultivation.

Cesar Guedes, UNODC Representative in Bolivia, whose office has been producing the annual survey jointly with the Government of Bolivia since 2003, welcomed that positive trend and thanked the Government for its drug control efforts.

Satellite images, aerial surveillance and ground surveys of the largest coca-producing regions revealed that Yungas de la Paz, which accounts for two thirds of the country's coca leaf production, saw a decrease in cultivation of 11 per cent, to 18,200 ha; the Cochabamba tropics registered a reduction of 15 per cent to 8,600 ha; and the northern La Paz provinces witnessed a decrease of 7 per cent, to 370 ha.

More than 2,200 ha of coca bush were cultivated in the Isiboro Sécure and Carrasco national parks. Cultivation was reduced by 30 per cent in Isiboro Sécure, whereas only a slight increase of 2 per cent was recorded for Carrasco. Overall, the protected areas of the country recorded a decrease of 15 per cent.

Coca leaf prices rose steeply - by 31 per cent in the Government-authorized markets and by an estimated 16 per cent in illegal markets.  "Higher prices are making coca more attractive, but farmers need viable long-term alternatives if we are to curb illicit crop-growing durably," said Mr. Guedes.