Where corruption flourishes, development and the rule of law fail, says UNODC chief 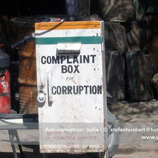 24 September 2012 - Speaking at a high-level meeting of the sixty-seventh session of the General Assembly in New York, UNODC Executive Director Yury Fedotov expressed concerns that corruption was undermining the rule of law by eroding democratic institutions essential for fair and equitable societies.

Mr. Fedotov said that it was essential for Governments and their partners to take drastic measures to combat corruption: "Without these measures, there can be no equity, no inclusivity, no fairness and no lasting social and economic development."

Identifying sustainable economic growth as crucial for progress, the Executive Director noted that businesses thrive where laws are well defined and clearly applied but can languish or fail where the level playing field becomes the "uphill struggle of unfair competition".

Bribery and corruption circumvents fair tendering processes, and the consequences are severe: funding meant for hospitals and schools can be diverted into the hands of corrupt individuals. Just as importantly, the failure to win contracts can cause businesses to fail and create unemployment. All of these factors place an additional strain on weak and fragile societies.

"Where corruption exists, the rule of law cannot flourish. Too many people fail to understand the impact of corruption on development and on prosperity. The victims exist in every developing and least developed country. Denied education, denied healthcare, denied opportunities", the Executive Director said.

Highlighting the work of UNODC, Mr. Fedotov said that the blueprint for helping countries was the United Nations Convention against Corruption. The Convention calls on States Parties to take a series of measures that lay the foundations for free and fair markets and sustainable economic development.

Parties to the Convention are involved in a unique process known as the Implementation Review Mechanism, which enables States to assess their implementation of the Convention and contribute to efforts to combat corruption and promote the rule of law. Since the Mechanism was launched, 157 States have participated in the review process either as the State under review or as a reviewing State.

"[The Implementation Review Mechanism] is creating forward momentum among nations for transparency and good governance that will assist the rule of law and development," said Mr. Fedotov.

Mr. Fedotov was speaking at the high-level meeting of the General Assembly on the rule of law, entitled "Strengthening the rule of law: the fight against corruption and its impact on sustainable growth." The event was hosted by the permanent missions of Austria, Estonia, Japan and Tunisia and was attended by President of Austria Heinz Fischer, President of Estonia Toomas Hendrik Ilves and an audience of ministers, ambassadors and distinguished guests. Speakers from the Mitsubishi International Corporation, the International Anti-Corruption Academy and Siemens International also attended.