Placing health and welfare at the heart of drug policy 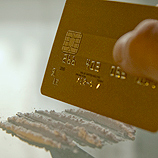 25 January 2013 - The key reason why countries decided to set up the UN drug control system was to reduce the public's exposure to the harmful health effects of drug use. Having witnessed the devastating effects of previous drug use epidemics, such as the Chinese opium epidemic of the late nineteenth and early twentieth century, policymakers from across the world were convinced that a comprehensive international system was needed to protect their populations.

International drug control efforts date back to the early twentieth century when opium was first brought under control. Today, the system is centred around three international Conventions with near-universal adherence. Together, these Conventions provide a drug control framework that treats illicit drugs primarily as a health concern and requires countries to limit the use of controlled drugs to medical and scientific purposes.  As UNODC Executive Director Yury Fedotov said at a debate on drug policy at this year's World Economic Forum in Davos, Switzerland, "(T)he international debate on illicit drugs is not just about handcuffs, it is first of all about health."

UNODC has adopted a balanced and comprehensive approach in response to the drug problem by placing the health of people, particularly the most vulnerable, at centre stage. Prevention of drug use and treatment of drug dependence are crucial drug policy strategies. They fully reflect the provisions of the drug control conventions as well as new scientific evidence regarding illicit drug use.

Patients should be able to access appropriate services in all the stages of their disease. For example, when they need to protect themselves from HIV infection, overdoses, cold weather or starvation, or when they seek drug dependence treatment or counselling services for any psychological problems they might have.

The Joint UNODC-WHO Programme on Drug Dependence Treatment and Care is a milestone in the development of a comprehensive, integrated health-based approach to drug policy that can reduce demand for illicit substances, relieve suffering and decrease drug-related harm to individuals, families, communities and societies. The initiative sends a strong message to policymakers regarding the need to develop services that address drug use disorders in a pragmatic, science-based and humanitarian way, replacing stigma and discrimination with knowledge, care, recovery opportunities and re-integration.

The joint UNODC-WHO programme on drug dependence treatment and care