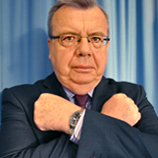 8 March 2013 - On the occasion of 8 March, UNODC Executive Director Yury Fedotov is showing solidarity with the 'Stop Rape Now' campaign, run by the UN Action Against Sexual Violence. Moreover, in the Ukraine, UNODC is supporting the innovative Women 4 Women initiative which helps ensure that women have access to comprehensive HIV services.

is still widely used by armed groups in many ongoing conflicts and post-conflict situations.

The UN Action Against Sexual Violence in conflict was established in 2007 to bring together 13 UN entities with the goal of ending sexual violence in conflict. UNODC joined this initiative in 2008 and committed itself to provide guidance to Member States on legal responses to violence against women, as part of its work on reforming the criminal justice system, including through assistance and support to victims and witnesses. UNODC has helped develop various tools and resources to support country efforts in this area, and has also provided technical assistance.

On the occasion of March 8, the International Women's Day, UNODC Executive Director Yury Fedotov confirmed his and his Office's commitment to the cause of UN Action against Sexual Violence in Conflict by showing solidarity with the 'Stop Rape Now' campaign. The campaign calls on Member States to legislate to prevent and end sexual violence; budget for the needs of women and girls; provide resources for survivors of sexual violence; and work towards ending impunity for sexual violence in conflict.

HIV services by women for women

Women are more vulnerable to HIV infection than men, and lack of financial security, poor access to information, fear of violence, social stigma and discrimination, coupled with limited decision-making power, often discourage and delay women from accessing HIV services. The UNODC-sponsored Women 4 Women (W4W) initiative in the Ukraine aims at bridging this gap by supporting safe and welcoming environments and responding to the immediate and long-term health and HIV needs of marginalized women.

The initiative mainstreams gender-responsive approaches in HIV prevention, treatment and care and addresses a number of obstacles that prevent vulnerable women - such as women who use drugs, women ex-prisoners, sex workers and victims of violence - from receiving comprehensive support. Because it is also tailored specifically to meet the needs of women, it increases the likelihood that women will continue in the programme.

In the context of the W4W initiative, last year, UNODC awarded grants to six local civil society organizations to offer gender-responsive health, including harm reduction, and social services, emergency housing and childcare services in six cities around Ukraine. To date, more than 2,000 women have accessed services.

The grantees, along with local government officials, have also been trained in advocacy and budgeting  in order to help them secure financial support from the municipalities, as local government involvement is crucial to scale up and sustain the services and fully mainstream gender-responsive approaches in the country.

UNODC will also host a side event on the W4W initiative at the upcoming session of the Commission on Narcotic Drugs.

How UNODC deals with HIV

Flyer for W4W side event at the CND (pdf)