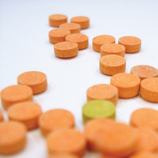 9 May 2013 - Calling the rapid increase in consumption and production of narcotic drugs a threat to Southeast Asia that undermines regional development, representatives of the six Greater Mekong Sub-region countries and the UN Office on Drugs and Crime (UNODC) signed today an agreement commiting them to strenghten cross-border cooperation in law enforcement, demand reduction and alternative development.

The agreement came at the conclusion of the Ministerial Meeting of the Signatory Countries to the 1993 Memorandum of Understanding (MOU) on Drug Control in the Greater Mekong Sub-region. The MOU on Drug Control brings together Cambodia, China, Lao PDR, Myanmar, Thailand and Viet Nam to work together to contain the threat of illicit drug production, trafficking and use.

With technical assistance from the UN Office on Drugs and Crime (UNODC), and collaboration from the international community, MOU states have worked together to fight illicit drug threats for 20 years, using mechanisms and programmes that enhance cooperation on drug control matters between national authorities agencies and across borders.

The Nay Pyi Taw Declaration adopted today was signed in the presence of all Heads of Delegation by Lt. Gen. Ko Ko, Myanmar Union Minister of Home Affairs, on behalf of the MOU Member States in Myanmar's capacity as Chair of the MOU meeting, and Mr. John Sandage, UNODC Director Treaty Affairs.

"This agreement marks the continued commitment of the six MOU countries - Cambodia, China, Lao PDR, Myanmar, Thailand and Viet Nam - in supporting drug control in the region, and the celebration of 20 years of partnership and collaboration," said Lt. Gen. Ko Ko at the ceremony. "The MOU Member States re-affirm our commitment and assure the international community of our efforts to eliminate the drug problem in our region."

Commending all countries in the region for their achievements in the past two decades, Mr. Sandage of UNODC said that key success areas included reduction of poppy cultivation in Southeast Asia, the establishment of Border Liaison Offices (BLOs), precursor chemical control, computer-based training of front-line officers and improved understanding of drug use prevention and dependence treatment.

"Major challenges persist: The resurgence of opium poppy cultivation, the dramatic spread of amphetamine-type stimulants (ATS), the influx of drugs new to the region and increased levels of addiction," said Mr. Sandage. "UNODC looks forward to working with the MOU states to implement plans that help us better understand the threat and challenges, build technical capacity and lead to greater cooperation across borders and among agencies."

Prior to the Ministerial Meeting, representatives of MOU countries and the UNODC attended the Senior Officials Committee Meeting of the MOU Signatories in Yangon. Delegates were welcomed by Pol. Brig. Gen. Zaw Win, Deputy Chief of Police and member of Myanmar's Central Committee on Drug Abuse Control (CCDAD) and Mr. Jeremy Douglas, UNODC Regional Representative, Regional Office for Southeast Asia and the Pacific.