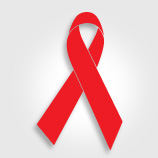 8 May 2014 - Opening the 38th Meeting of the UNAIDS Committee of Cosponsoring Organizations (CCO), in Rome yesterday, the Executive Director of UNODC, Yury Fedotov, said, "HIV/AIDS kills around 1.6 million people every year, and has a tremendous impact on societies. If we are to successfully respond to this challenge, we must promote lessons learned from the HIV/AIDS response, including the unique, multi-sectoral approach taken by the UNAIDS Joint Programme."

Mr. Fedotov also noted in his opening remarks that, with 500 days left before the 2015 Government Summit on the post-2015 development agenda, a common approach was also needed to align the joint UNAIDS programme to the overall development agenda.

UNODC assumed the chair of the CCO, a mandate which lasts for one year, on 1 January 2014. The CCO meets twice yearly at the principal level and reviews policies and strategies related to UN Joint Programme's efforts to respond to HIV/AIDS.

The CCO meeting was held prior to the UN System Chief Executives Board meeting in Rome, which provides strategic direction to the United Nations. In the days preceding the meeting, Mr. Fedotov held a series of meetings with officials and representatives of the Italian government discussing  various topics, such as drugs, crime and terrorism.