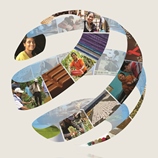 02 August 2015 - Recently, UNODC published its latest Annual Report, providing an overview of the work being done across the multitude of areas mandated to the Office. From illicit drugs and their impact on health, to transnational organized crime and terrorism, through to crime prevention and combating corruption, UNODC assists countries in all regions of the world in their efforts against these interconnected challenges.

In addition to offering an opportunity to showcase some of UNODC's achievements over the past year, it also provides an important tool with which to identify those areas most critically requiring additional assistance. "While the UNODC Annual Report illustrates some of the commendable results achieved in 2014, it also shows how much more needs to be done to address the many challenges of drugs, crime, corruption and terrorism," noted UNODC Executive Director, Yury Fedotov. "We look forward to continuing to improve our services to Member States, and working with all our partners to make the world safer, healthier and more just."

In 2014, the Office experienced both lows and highs. UNODC sadly lost two colleagues during the year - Clément Gorrissen and Simon Davis - who were cruelly killed in an attack by a gunman in Puntland, Somalia. Their work, like so much of UNODC's activities, was aimed at delivering beneficial change to people and communities in a difficult and complex world. They paid the ultimate sacrifice and it is in their memory that this latest Annual Report is dedicated.

The year 2014 also witnessed some significant achievements across the many areas being covered. On a macro level, a great deal of work was done in the lead up to three key events which have, and will, shape UNODC in future years. For example, much of the planning and preparation for the Thirteenth United Nations Congress on Crime Prevention and Criminal Justice, held in April 2015, was carried out last year; the Summit on the Post-2015 Development Agenda, which is coming up in September 2015 and leads on from the Millennium Development Goals, involved substantial inputs during 2014; while the United Nations General Assembly Special Session on Drugs (UNGASS), which is set to take place in April 2016, continued to be shaped over the course of the year.

Aside from these the Annual Report highlights the plethora of ongoing activities undertaken at the international level as well through UNODC's network of regional and country offices. To illustrate how UNODC is making a tangible difference to communities across the globe, a series of stories are presented throughout to provide an insight into the on-the-ground happenings of the Office.

Additionally, efforts to mobilize and promote cooperation to confront the menace of illicit drugs and transnational crime in its different forms is showcased in the Annual Report, particularly as it relates to the world's most vulnerable regions. Through showcasing activities undertaken through the year, it draws attention to the manner in which organized crime, drug trafficking, corruption, conflict, violence and terrorism are tightly intertwined.