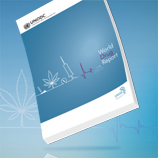 26 June 2015 - Drug use prevalence continues to be stable around the world, according to the 2015 World Drug Report of the United Nations Office on Drugs and Crime (UNODC). It is estimated that a total of 246 million people - slightly over 5 per cent of those aged 15 to 64 years worldwide - used an illicit drug in 2013. Some 27 million people are problem drug users, almost half of whom are people who inject drugs (PWID). An estimated 1.65 million of people who inject drugs were living with HIV in 2013. Men are three times more likely than women to use cannabis, cocaine and amphetamines, while women are more likely to misuse prescription opioids and tranquillizers.

Speaking on the International Day against Drug Abuse and Illicit Trafficking, UNODC Executive Director Yury Fedotov noted that, although drug use is stable around the world, only one out of six problem drug users has access to treatment. "Women in particular appear to face barriers to treatment - while one out of three drug users globally is a woman, only one out of five drug users in treatment is a woman." Additionally, Mr Fedotov stated that more work needed to be done to promote the importance of understanding and addressing drug dependence as a chronic health condition which, like other chronic conditions such as diabetes or hypertension, require long-term, sustained treatment and care. "There is no quick and simple remedy for drug dependence and we need to invest in long term, medical evidence-based solutions."

Drug use and its impact on health

A stable yet still unacceptably high number of drug users worldwide continue to lose their lives prematurely, the UNODC Chief said, with an estimated 187,100 drug-related deaths in 2013. The World Drug Report includes data - gathered jointly with UNAIDS, WHO and the World Bank - on HIV prevalence among PWID. In some countries women who inject drugs are more vulnerable to HIV infection than men and the prevalence of HIV can be higher among women who inject drugs than among their male counterparts. The number of new HIV infections among PWID declined by roughly 10 per cent between 2010 and 2013: from an estimated 110,000 to 98,000. However, the World Drug Report also indicates that many risk factors, including the transmission of infectious diseases such as HIV and Hepatitis C and the incidences of drug overdoses, cause the death rate among PWID to be 15 times higher than in the rest of the population.

While data indicate that the use of opiates (heroin and opium) has remained stable at the global level and cocaine use has declined overall, the use of cannabis and the non-medical use of pharmaceutical opioids has continued to rise. Evidence suggests that more drug users are suffering from cannabis use disorders, and that cannabis may be becoming more harmful, as reflected in the high proportion of persons seeking first-time treatment in several regions of the world. Demand for treatment has also increased for amphetamine-type stimulants (ATS) - including methamphetamine and MDMA or 'Ecstasy' - and for new psychoactive substances (NPS), also known as 'legal highs'.

Some 32.4 million people - or 0.7 per cent of the world's adult population - are users of pharmaceutical opioids and opiates such as heroin and opium. In 2014, global potential opium production reached 7,554 tons - the second highest level since the 1930s, mainly due to its cultivation increasing significantly in Afghanistan, the main growing country. The global seizures of heroin, meanwhile, increased by eight per cent, while illicit morphine seizures decreased by 26 per cent from 2012 to 2013.

While maritime trafficking is not the most widely used mode of smuggling drugs, law enforcement operations at sea have potentially the greatest impact as the average volumes of seizures is proportionally higher. In the period 2009-2014, for instance, the average for each seizure by sea was 365kg, while by land (road and rail) it was 107kg and by air 10kg. The 2015 World Drug Report also notes a dynamic shift in the routes used for smuggling opiates, with Afghan heroin reaching new markets. Recent seizures suggest that it may have become more common for large shipments of Afghan heroin to be smuggled across the Indian Ocean into East and Southern Africa. West Africa continues to be a trans-shipment area for smuggling cocaine across the Atlantic into Europe, and Eastern Europe is emerging as a transit area and as a destination for this drug.

This year's World Drug Report indicates that coca bush cultivation continued to decline in 2013, reaching the lowest level since 1990. With a global prevalence of 0.4 per cent of the adult population, cocaine use remains high in Western and Central Europe, North America and Oceania (Australia) though recent data shows a declining trend overall. Cannabis use is on the rise and continues to be high in West and Central Africa, Western and Central Europe, Oceania, and North America. Data for 2013 show an increase in the quantities of cannabis herb and cannabis resin seized worldwide, reaching 5,764 and 1,416 tons respectively.

Methamphetamine dominates the global market for synthetic drugs, and is expanding in East and South-East Asia. Crystalline methamphetamine use is increasing in parts of North America and Europe. Seizures of ATS since 2009 - which have almost doubled to reach over 144 tons in 2011 and 2012, and remained at a high level in 2013 - also point to a rapid expansion in the global market. By December 2014, a total of 541 new psychoactive substances which have negative health impact had been reported by 95 countries and territories - a 20 per cent increase compared to the previous year's figure of 450.

Alternative Development as a long-term strategy against illicit crops

The 2015 World Drug Report thematic focus is on Alternative Development, a long-term strategy aimed at developing alternative sources of income for farmers dependent on illicit drug cultivation. This activity is driven by many factors, including marginalization, the lack of security, and the social and political situations of rural communities. Alternative Development aims to reduce these vulnerabilities and ultimately eliminate the cultivation of illicit drugs. More than 40 years of experience have shown that this approach works when there is a long-term vision, adequate funding, and the political support to integrate it into a broader development and governance agenda. Marketing licit products, land tenure and the sustainable management and use of land are crucial to the long-term success of alternative development interventions. "Unfortunately, this year's World Drug Report also shows that widespread political support for Alternative Development has not been matched by funding," Mr Fedotov added, as he urged for shared responsibility against illicit drugs. Funding allocated by OECD countries to support Alternative Development declined by 71 per cent between 2009 and 2013, amounting to only 0.1 per cent of global development assistance. UNODC's Executive Director noted that in the lead up to next year's UN General Assembly Special Session on the world drug problem, the international community's post-2015 Development Agenda can help to promote Alternative Development efforts, with broader interventions addressing drug supply and demand.