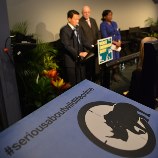 06 March 2015 - At the United Nations General Assembly thematic debate this week on Wildlife and Forest Crime, high-level officials, including UNODC's Deputy Executive Director, called for a coordinated, international response to the trafficking of wildlife to tackle both the supply and demand of this illegal trade. The debate was held as part of the global events marking the second annual World Wildlife Day.

Representing UNODC, Deputy Executive Director Aldo Lale-Demoz emphasized that Wildlife and Forest Crime is an urgent and serious transnational organized crime which requires shared responsibility if it is to be addressed. He also noted that any strategy must involve  law enforcement, community development and demand reduction activities, including education, to ensure lasting results. 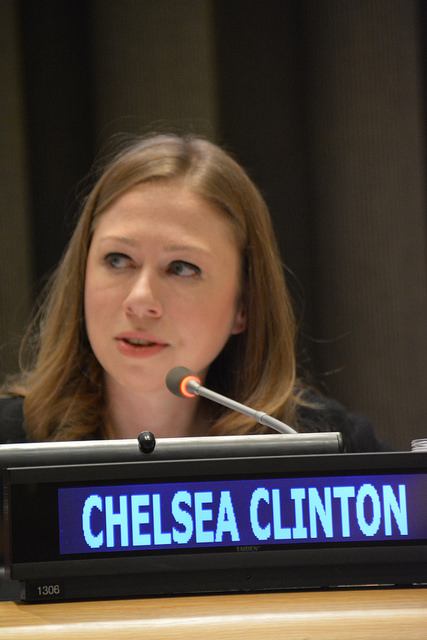 In this, he called for an integrated, multidimensional and international approach to better bring together the expertise needed to curb organized Wildlife and Forest crime: "We consider it crucial to work with other UN agencies and civil society organizations to promote education and public awareness campaigns everywhere. We stress the importance of sustainable livelihood schemes for communities in source countries, because we know they are highly vulnerable to illicit markets and organized crime. We also know that the protection of wildlife and forests, so future generations can enjoy biodiversity, creates jobs and safer communities for people in a great number of regions."

Mr. Lale-Demoz's remarks echoed that of the President of the General Assembly, Sam Kutesa, who noted the importance of a strengthened commitment and enhanced cooperation among Member States, the United Nations system, NGOs and civil society: "We should do more to promote adequate national legislation, improve intelligence sharing and border controls, strengthen global, regional and national enforcement, improve capabilities to combat poaching and illegal trafficking, among other initiatives." 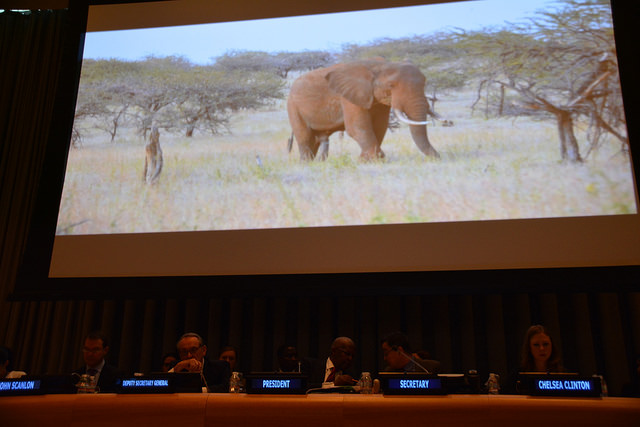 Mr. Kutesa also underlined the impact of illegal trafficking, pointing to its effects on the resource base of local communities and entire nations, undermining human welfare, legitimate business and government institutions. He described "worrisome" statistics on wildlife trafficking, with the 20,000 elephants and over 10,000 pangolins illegally trafficked in 2013 alone contributing to an illegal, organized crime-driven trade worth billions of dollars.

"There is growing evidence of the increased involvement in this illicit and insidious trade by organized crime networks and non-State armed groups," he  said. "Illegal wildlife trade has become a mushrooming transnational form of crime, following in the footsteps of other pernicious examples, such as trafficking in human beings, in drugs and in counterfeit items." 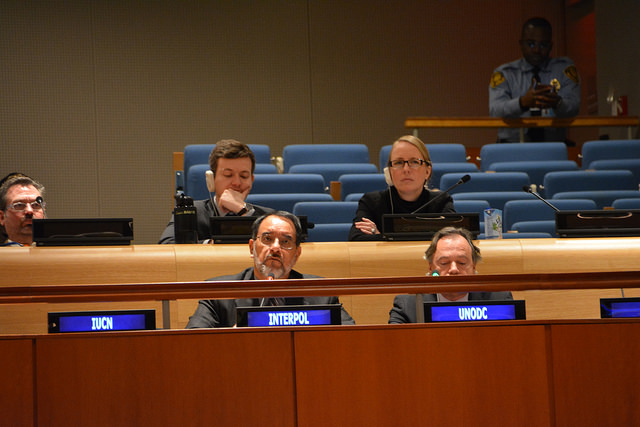 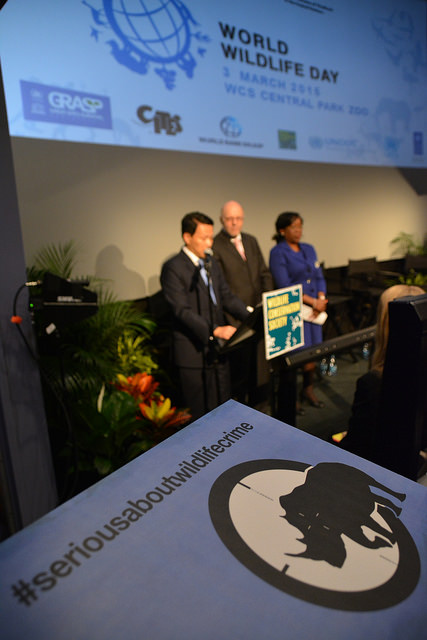