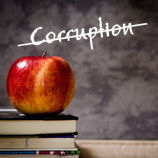 4 November 2015 - In a statement today, UNODC Executive Director, Yury Fedotov, said it was crucial to shape "the minds of the next generations of leaders and thinkers" as part of overall efforts to eliminate corruption.

Although opening its doors a number of years ago, the initiative recently built significant momentum for its work and has encouraged global awareness of its aims and goals. In the last 18 months, hundreds of academics from Africa, Asia, Europe, the Middle East, North America and Oceania have attended ACAD workshops.

From 30 to 31 October 2015, 109 academics and experts from 35 countries, representing 79 institutions, took part in a high-level ACAD Symposium in Moscow organized by UNODC, the Moscow State Institute of International Affairs and the Rule of Law and Anti-Corruption Centre of Doha, Qatar.

Recommendations flowing from the event included the need to encourage competent educational authorities to ensure proper accreditation for anti-corruption courses, and for ACAD to promote ethics and integrity learning in secondary and primary schools.

Mr Fedotov was speaking at a high-level event titled, "Combatting corruption through education." The event took place on the margins of the Sixth Session of the Conference of States Parties to the UN Convention against Corruption in St. Petersburg, Russia (COSP6). Other speakers included Ligia Maria Costa, of the Getulio Vargas Foundation's Sao Paulo School of Business Administration, Gerry Ferguson of University of Victoria, and other educators from around the world.

The ACAD initiative is a collaborative academic project which seeks to support academics to teach and conduct research on corruption-related issues.

Video of the remarks at the side event

Factsheet on the Review Mechanism for the Anti-Corruption Convention