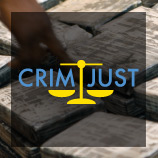 18 October 2016 - CRIMJUST, a new integrated UNODC initiative, has been presented today to address transnational organized crime in general and drug trafficking in particular. As more robust anti-drug strategies have restricted traditional cocaine routes, Latin American drug syndicates have strategically shifted towards new routes. Hence, drug trafficking and transnational organized criminal networks have expanded to West Africa, which has become a transit area of cocaine trafficking from Latin America and the Caribbean to Europe.

As part of its continued support to counter illicit drug trafficking, CRIMJUST - an initiative supported by the European Union and implemented by UNODC in partnership with the International Criminal Police Organization (INTERPOL) and Transparency International (TI) - was launched earlier this year. CRIMJUST, "Strengthening criminal investigation and criminal justice cooperation along the cocaine route in Latin America, the Caribbean, and West Africa" is a four-year (2016-2020) joint initiative that aims at addressing important gaps in the criminal justice system (law enforcement capacity and interregional coordination).

John Brandolino, UNODC Director of the Division for Treaty Affairs, mentioned that "the CRIMJUST project seeks to connect the countries that are finding themselves involuntarily interconnected by the cocaine trade while strengthening their individual responses and contributions."

The overall objective of CRIMJUST is to contribute to effectively fighting organized crime in general, and drug trafficking in particular, along the cocaine route(s) in Latin America, the Caribbean and West Africa. To achieve this objective, UNODC and its implementing partners will work with Member States to enhance the capacity and integrity of their criminal justice institutions to detect, investigate, prosecute and adjudicate organized crime and drug trafficking cases, and to foster cooperation at the interregional level.

Cabo Verde, Colombia, Ghana, Nigeria, Peru, and Panama recently became the first countries to formally accept the invitation to participate in the implementation of CRIMJUST. The agreement to participate in the project represents a key strategic framework under which UNODC and its partners provide technical assistance and capacity building, which, as reported by the UNODC " World Drug Report" (2016), are fundamental for dealing with organized crime and drug trafficking. The four year project will also be implemented in Brazil, Dominican Republic, Ecuador, and Guinea-Bissau, all of which are regional strategic elements in the efforts to build a connected response to curtailing cocaine trafficking.

CRIMJUST, as a multi-stakeholder initiative, is an important step towards promoting integrated national, regional and interregional responses to the increasing threat of cocaine trafficking and related transnational organized crimes, and strengthening operational cooperation between the countries of Latin America, the Caribbean, and West Africa.