Southern Africa: UNODC, Africa's rangers at the frontline of the anti-poaching war 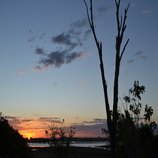 22 August 2017 - As the sun rises over the Kalahari Desert in Botswana, tourists from all over the world enjoy viewing the magnificent wildlife that Southern Africa offers. However, for the Botswana Department of Wildlife and National Parks, every day they have a grim duty to perform.

Each morning, patrols check their regions to see how many animals have been killed overnight by poachers - not for food or sustenance but for profit.

Poaching, in industrial proportions, has blighted the African continent as criminal gangs continue killing rhinos, elephants, pangolins and other animals. According to the UNODC estimates, wildlife crime generates in excess of $10 billion a year, making it the fourth most lucrative criminal offence.

Recognising that "profit" is the heart of this menace, the Asset Recovery Inter-Agency Network for Southern Africa (ARINSA) recently delivered a specialized training for 40 rangers in Kasane and Maun, Botswana. To benefit from this workshop, a number of rangers came from various places, including remote districts such as the Chobe National Park and the Central Kalahari National Park.

Unlike the usual trainings on poaching offences and catching poachers, the workshop was to provide information about the money trail to confiscate crime profits. In this regard, rangers were described as key actors in collecting evidence to identify the syndicates involved in wildlife crime.

Combined with practical exercises, the training addressed the following issues:

The trainings were the first of their kind. To make progress in addressing wildlife crime, pilot programmes will be developed and delivered in regions that are most affected.