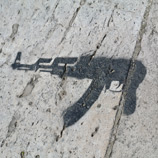 21 September 2017 - Groups such as Al-Qaida, Boko Haram and Daesh have all used violent extremism to export their ideologies and encourage brutal acts of terrorism that maim and kill. Many recent terrorism attacks are thought to have been carried out by individuals radicalized in prisons and detention centres.

UN Secretary-General Ban Ki-moon presented a Plan of Action to Prevent Violent Extremism to the General Assembly last year, and the Global Counter-Terrorism Strategy recognizes the importance of preventing this threat. Against this background, on 20 September, the Qatari Government held an event on the sidelines of the 72nd Session of the UN General Assembly titled, "Preventing and Countering Violent Extremism and the SDG Agenda."

The event discussed how to prevent violent extremism (PVE), invited participants to share best practices and discuss how these efforts can be connected to the achievement of the 2030 Agenda for Sustainable Development Goals. In his own keynote speech, the UNODC Executive Director Yury Fedotov said, "Violent extremism nourishes murderous acts of terrorism, undermines prison systems and weakens the security and safety of all our societies."

On anti-terrorism, he drew attention to the need to criminalize terrorism recruitment, the glorification of terrorism, and preparatory acts of terrorism, but added there was a need to "uphold fundamental human rights in criminal justice responses to terrorism."  He warned that Internet and social media are dangerous tools in the hands of those who seek to radicalize vulnerable individuals, including children, to violence.

Another area of concern is youth said Mr. Fedotov. He congratulated the Qatari Government on their support for the Doha Declaration Global Programme, particularly the Education for Justice (E4J) initiative that seeks to prevent crime and promote a culture of lawfulness through education activities designed for primary, secondary and tertiary levels.

Mr. Fedotov underscored the importance of working in prisons to prevent violent extremism and said that perhaps the strongest tool in the fight is the UN Standard Minimum Rules for the Treatment of Prisoners-known as the Nelson Mandela Rules. He said, "There are no simple cures, but we must set prisoners on the path to rehabilitation and reintegration. This means maintaining prisons that are both fair and just."

He also recognised the importance of achieving the sustainable development goals (SDGs). "Lifting people out of poverty, enabling them to achieve a better education, and improving their employment opportunities can assist those who might be vulnerable to radicalization to violence," he said.

The UNODC Chief concluded his speech by acknowledging that "Violent extremism, and its habitual companion terrorism, is one of today's most pressing issues. If it is to be prevented, we must continue our efforts to achieve the 2030 Agenda, strengthen institutions and promote fair and just criminal systems."

Other keynote speakers included,  Dr. Mutlaq Majed Al-Qahtani, Special Envoy of the Minister of Foreign Affairs of the State of Qatar for Counterterrorism, Dispute of Settlements of Mediation. The event included a panel session moderated by Sarah Cliffe, Director, Center on International Cooperation with participants.

UN Standard Minimum Rules for the Treatment of Prisoners