On World AIDS Day, UNODC calls for increasing HIV testing for people who use drugs and those in prisons 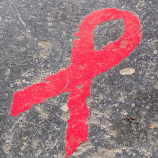 Knowing your HIV status is a crucial entry point to HIV prevention, treatment and care. People who know their HIV status can make informed decisions, be linked to HIV treatment to keep them alive and well and prevent transmission of the virus. The theme chosen for the 2018 World AIDS Day is therefore "Live life positively-know your HIV status".

On closer look, however, progress towards the 90-90-90 target has often excluded key populations including people who inject drugs and people in prisons. Even in countries with significantly increased HIV detection rates, HIV testing rates are still low among these two populations.

In his statement on World AIDS Day, commemorated annually on 1 December, UNODC Executive Director Yury Fedotov highlighted the need to support these vulnerable groups: "HIV testing programmes must be expanded among people who use drugs and in prison settings, upholding the standards of informed consent and confidentiality. For this, we need political will, proper investment and capacity building."

The Executive Director also outlined some of the challenges these groups face: "Stigma, discrimination, coercion and lack of informed consent and confidentiality still deter many people who use drugs and people in prison from taking an HIV test and accessing HIV services."

Only in 41 countries is HIV testing available for people who inject drugs. Availability of HIV testing services in prisons is also very limited. Even in settings where available, many factors impede access for these populations to HIV testing. For women among these populations, gender-based violence and lack of gender-responsive services are additional barriers to HIV services including testing.

UNODC, through its Global HIV Programme, supports countries in increasing access to voluntary HIV testing and counselling for people who use drugs and those in prison.

For example, in 2016, UNODC initiated HIV testing services (HTS), as part of a comprehensive HIV prison programme in the Middle East and North Africa region. Through established HTS centres, the project is already covering an estimated 15,000 prisoners in Egypt, and approximately 18,000 prisoners in Morocco.

In Iran, UNODC is initiating intensified, peer-led HTS among people who use drugs, their spouses and partners, in collaboration with the Ministry of Health, Drug Control Headquarters, the State Welfare Organization and civil society organizations. This activity includes developing solid mechanisms for linking people who test positive to HIV treatment services.

HIV testing is key to end AIDS by 2030 (SDG target 3.3), for accessing HIV treatment and for preventing further transmission of the virus.