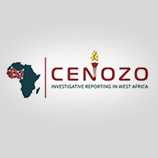 28 May 2018 - Africa loses approximately $US 50 billion every year due to illicit financial flows. As part of its Sahel Strategy to counter corruption, UNODC has supported the establishment of the Cell Norbert Zongo for Investigative Journalism in West Africa (CENOZO), bringing together over 50 journalists across West Africa under one umbrella.

With the support of UNODC, the initiative's online platform was launched last week. Based in Ouagadougou, Burkina Faso, CENOZO also launched a series of investigative reports developed in partnership with the International Consortium of Investigative Journalists (ICIJ).

In this regard, UNODC supported the initial training of journalists, as well as the development of CENOZO's strategic plan and its initial constitutive documents.

According to the Convention "Each State Party shall take appropriate measures to promote the active participation of individuals and groups outside the public sector [...] This participation should be strengthened by such measures to respect, promote and protect the freedom to seek, receive, publish and disseminate information concerning corruption."

With support from various other international partners, including International Media Support, West Africa Media Foundation, Open Society Initiative for West Africa, the Global Investigative Journalism Network, the Organized Crime and Corruption Reporting Project, and Finance Uncovered, CENOZO has turned into an organization with a mandate to support investigative journalists in the region and improve their professional standards in the media landscape.

Reporting on Corruption: A Resource Tool for Governments and Journalists