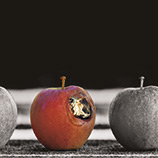 24 October 2018 - Success in fighting corruption is essential to achieving the 2030 Agenda for Sustainable Development. But gathering reliable anti-corruption data and measuring progress presents a major challenge, for all countries. UNODC and the UN Development Programme (UNDP) therefore developed a "Manual on Corruption Surveys", which helps measure bribery and other forms of corruption through sample surveys. The manual was launched on 24 October at the International Anti-Corruption Conference in Copenhagen.

Under Sustainable Development Goal (SDG) 16, which promotes peaceful and inclusive societies; access to justice for all; and the building of effective, accountable and inclusive institutions at all levels, target 16.5 calls on States to substantially reduce corruption and bribery in all their forms.

This represents a major milestone in the fight against corruption, as it marks the commitment by national governments not just to criminalize, prevent or investigate this offence, but it also shows how corruption hinders the implementation of the SDGs.

"The importance of anti-corruption action to realize the whole of the sustainable development agenda has been widely acknowledged," said John Brandolino, Director of UNODC's Division for Treaty Affairs, adding that "anti-corruption progress is essential to reduce poverty and hunger, and achieve targets on health, education, gender equality, clean water and energy, economic growth, innovation and natural resource protection."

To support States in their efforts to produce experience-based data, and drawing on the need to improve the reliability and validity of existing corruption metrics, UNODC teamed up with the Mexico-based UNODC-INEGI Center of Excellence for Statistical Information and UNDP to develop a new corruption measurement initiative: the ´Manual on Corruption Surveys´.

"The manual is a comprehensive hands-on guide on the measurement of corruption through population- and business-based sample surveys," said Angela Me, Chief of UNODC's Research and Trend Analysis Branch. "It also provides methodological guidance on two indicators on bribery prevalence, SDG Indicators 16.5.1 and 16.5.2, that countries need to produce to monitor progress towards SDG Target 16.5," she added.

The lack of statistics is a challenge felt by all States, regardless of the level of development. It has also been identified as a gap across the peer-reviews carried out through the Mechanism for the Review of Implementation of the United Nations Convention against Corruption. With the United Nations Convention against Corruption now nearing universal adherence, the requirement for all United Nations Member States to report on measures taken towards achieving the SDGs is a challenge all States face together.