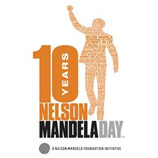 18 July 2019 - For the 10 th time, the international community today celebrates Nelson Mandela International Day, honouring his outstanding contribution to humankind and remembering the 27 years he had to spend in prison. The decision of the UN General Assembly to closely associate his name with the revised UN Standard Minimum Rules for the Treatment of Prisoners have put a renewed and urgently needed spotlight on prison management, conditions and reform efforts worldwide.

For the United Nations Office on Drugs and Crime (UNODC) as the custodian of the Nelson Mandela Rules, this day serves both as a moment for reflection and as a strong incentive for enhanced action. Ignoring the plight of close to 11 million prisoners worldwide would be contrary not only to public safety and fundamental human rights, but also to the overall pledge of the Sustainable Development Goals to leave no one behind. A solid majority of countries across the globe struggle with overcrowding, poor prison conditions and/or the provision of even the most basic services for prisoners. If improperly managed, closed institutions further provide a fertile ground for neglect, abuse, corruption and criminal contamination.

Emphasizing the fact that the vast majority of prisoners will eventually return to society, UNODC Executive Director Yury Fedotov highlighted that " the Nelson Mandela Rules are as much about safeguarding fundamental human rights and dignity of those behind bars as they are about the security and well-being of all people". Next to reducing re-offending, investments in the humane custody of offenders are " an investment in crime prevention, social cohesion and public safety."

UNODC has pro-actively strengthened its capacity to respond to the increasing number of requests from countries to provide guidance on legislative reform, prison staff training and prison management practices. In 2018 alone, the Office trained more than 2,200 prison officers on the Nelson Mandela Rules and good prison management, including 500 women, and initiated rehabilitation and social reintegration programmes benefitting 900 prisoners. A total of more than 70 countries worldwide benefitted from UNODC advisory services in the field of prison reform.

UNODC's technical assistance is mainly delivered through both its Global Programme on Addressing Prison Challenges and the prisoner rehabilitation component of the Doha Declaration Implementation Programme, as well as other global initiatives and more than 30 dedicated prison reform programmes delivered through its Field Office network.

The Vienna-based Group of Friends of the Nelson Mandela Rules - a group of 30 like-minded Member States - continues to support the practical application of the Rules. In a letter issued today, the two Co-Chairs of the Group, Ambassador Gerhard Küntzle (Germany) and Ambassador Rapulane Molekane (South Africa), highlighted that the Rules' implementation " is more pertinent than ever. Serious prison challenges remain in countries worldwide, with grave consequences on prisoners, those in charge of their custody and our security and societies at large." At its next meeting on 5 September 2019, the Group will therefore focus on possibilities on how to enhance its work and to contribute to the forthcoming 14 th Congress on Crime Prevention and Criminal Justice to be held in Kyoto, Japan, in April 2020.

In recognition of the fact that the buy-in of prison officers is a major pre-condition for making the Nelson Mandela Rules a reality in prisons, UNODC has developed the first ever scenario-based e-learning course on the Rules. Rather than being limited to theoretical content, the course features inter-active videos - filmed in prisons in Algeria, Argentina and Switzerland - which expose the user to concrete prison management scenarios, and how to respond to these. Following its launch at the last session of the Commission on Crime Prevention and Criminal Justice, the course has equally attracted the interest of the International Corrections and Prison Association, and will be presented during its up-coming annual conference in Buenos Aires, Argentina, in October 2019.

The same month, UNODC will convene an Expert Group meeting under the Doha Declaration Programme to validate a new Handbook on the Classification of Prisoners in order to support individualized risk and needs assessments in prisons - a core prison management practice to ensure their safe and secure allocation and a pre-condition to offer tailored rehabilitation and social reintegration support.

UNODC Roadmap for the Development of Prison-based Rehabilitation Programmes