The UN Trafficking in Persons Protocol, A Tool To Tackle Forced Marriage 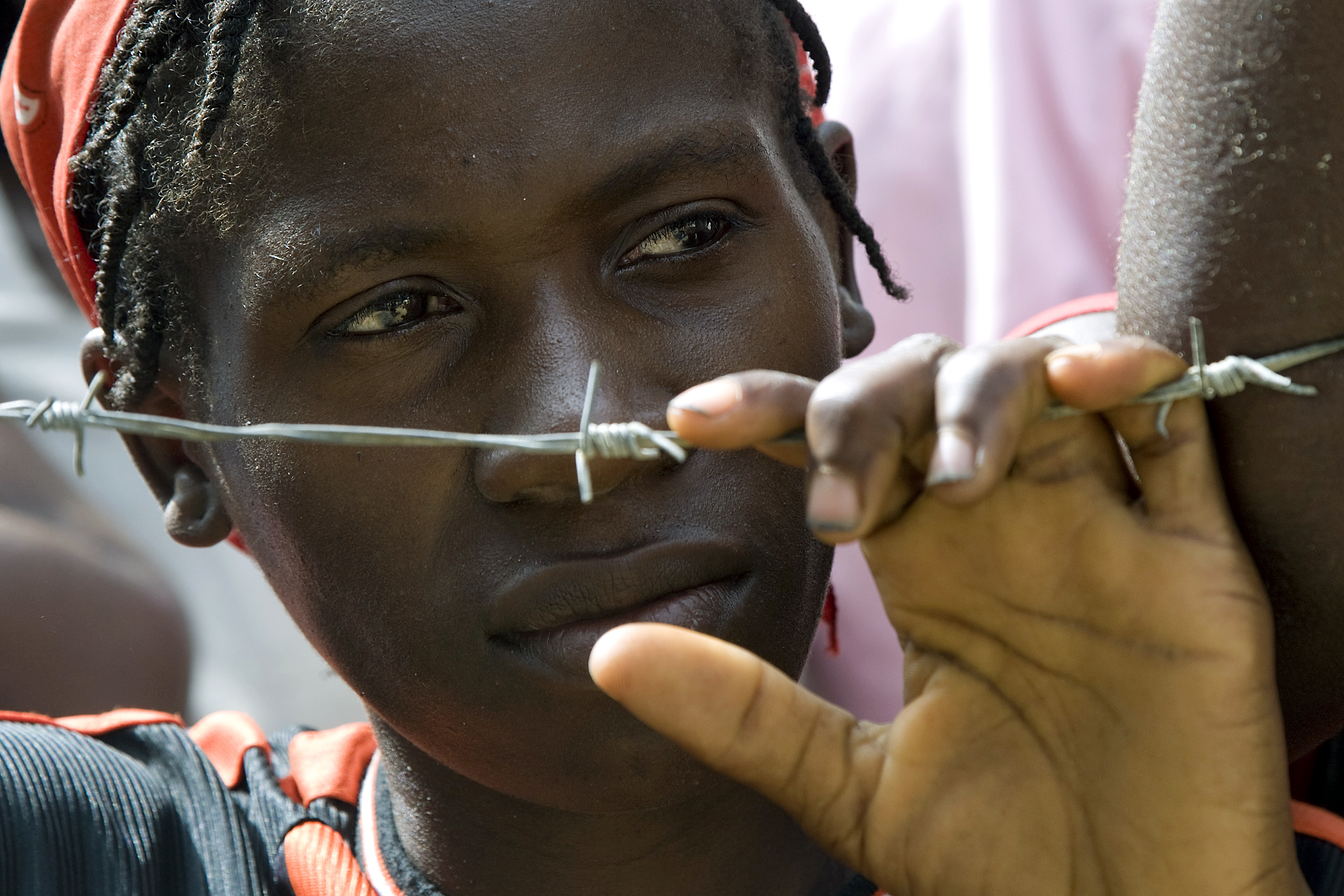 Worldwide, girls as young as twelve are being forced or tricked into marrying men who exploit them for sex and domestic work. And the UN Trafficking in Persons Protocol is the foremost legal instrument that challenges this phenomenon.

The ‘marriages’ can be arranged by family members, wedding agencies or brokers, often for financial or material gain. In some cases, brides are outright kidnapped and forced into marriage.

Violence, abuse, restrictions on movement and isolation from family and friends are common factors of these forced unions.

This under-reported, global form of human trafficking is further analyzed by UNODC in a new publication that explains how countries can identify and prevent this crime and protect its victims.

“This is the first publication that looks at the issue globally and through the lens of the international, legal obligations that States have to address trafficking in persons,” says Silke Albert from UNODC’s Human Trafficking and Migrant Smuggling Section.

“Human trafficking is committed for the purpose of exploitation,” she explains. “So, a key question when dealing with potential cases of trafficking for marriage is to what extent do the circumstances, which can include abuse and violence, qualify as exploitation as stated in the UN’s Trafficking in Persons Protocol.”

The Protocol is the main international legal tool to combat this crime, as well as the first global, legally binding instrument with an agreed definition of human trafficking.

An online event to mark the 20th anniversary of the Protocol is taking place this week, co-sponsored by the European Union, the United States and UNODC. Senior officials, government representatives and members of civil society will acknowledge the achievements of the past twenty years, review the challenges in implementing the Protocol and discuss the future role of this international instrument in preventing human trafficking.

The event is open to the public and will address how the Protocol acts as a tool to counter forced marriage and other crimes, while laying the foundation for groundbreaking UNODC publications such as "Interlinkages Between Trafficking in Persons and Marriage".

To produce UNODC’s latest publication on trafficking and marriage, research was undertaken in nine countries in different regions of the world over a 12-month period.

“Interviews were conducted with around 150 people who come into contact with potential victims of human trafficking. These included lawyers, government officials, members of non-governmental organizations and police officers,” says Tejal Jesrani, a UNODC Research Officer.

“We discovered that although trafficking for the purpose of marriage is a global phenomenon, the way the crime is perpetrated  in different countries is very specific depending on cultural, religious and socioeconomic factors.”

Experts noted that many of the victims come from disadvantaged family backgrounds and most cases of trafficking for the purpose of marriage involve young, female victims.

“There are many factors that make women especially vulnerable to abuse and exploitation such as their age, status in society and lack of education and employment opportunities,” says Silke Albert, who is one of the publication’s key authors.

“Physical and sexual abuse is common and mainly perpetrated by the husband, but sometimes also by his relatives and friends and other third parties, including clients purchasing sexual services or abusive marriage brokers.”

The publication concludes that forced unions can be linked to all phases of human trafficking, starting with the recruitment and transportation of the victim that leads to exploitation.

Various coercive or fraudulent methods are used to obtain consent, including abduction, deception, abuse of vulnerability and bribery in the form of payments or gifts.

As with other forms of human trafficking, only a small proportion of cases of forced marriage  come to the attention of police and there are very few convictions.

Women and girls affected by such crimes usually find it difficult to seek help and speak to authorities for fear of stigmatization, explains Silke Albert.

“Marriage is normally considered a private, family matter, which is not discussed even when domestic violence and abuse are involved.”

“The victims are also concerned about what would happen to their children, residence permits or to their homes if they report the crime.”

UNODC hopes that the publication will be used by governments as a resource to develop a national response to this form of trafficking.

It includes several concrete policy recommendations that countries can adopt to prevent cases of trafficking linked to marriage, identify and protect victims of this crime, and prosecute traffickers.

“It is also seen as a resource for police officers, immigration and health authorities, and social workers. They need to know the indicators of the crime, which are detailed in the publication, so they can take appropriate action,” says Silke Albert.

The publication is also intended as a tool for lawyers, prosecutors and judges. One section outlines all the main international treaties and laws relevant to trafficking in persons, and the legal obligations of States concerning victims’ rights.

“We sincerely hope that our publication can assist authorities,” says UNODC’s Silke Albert.

Join the event by registering here. 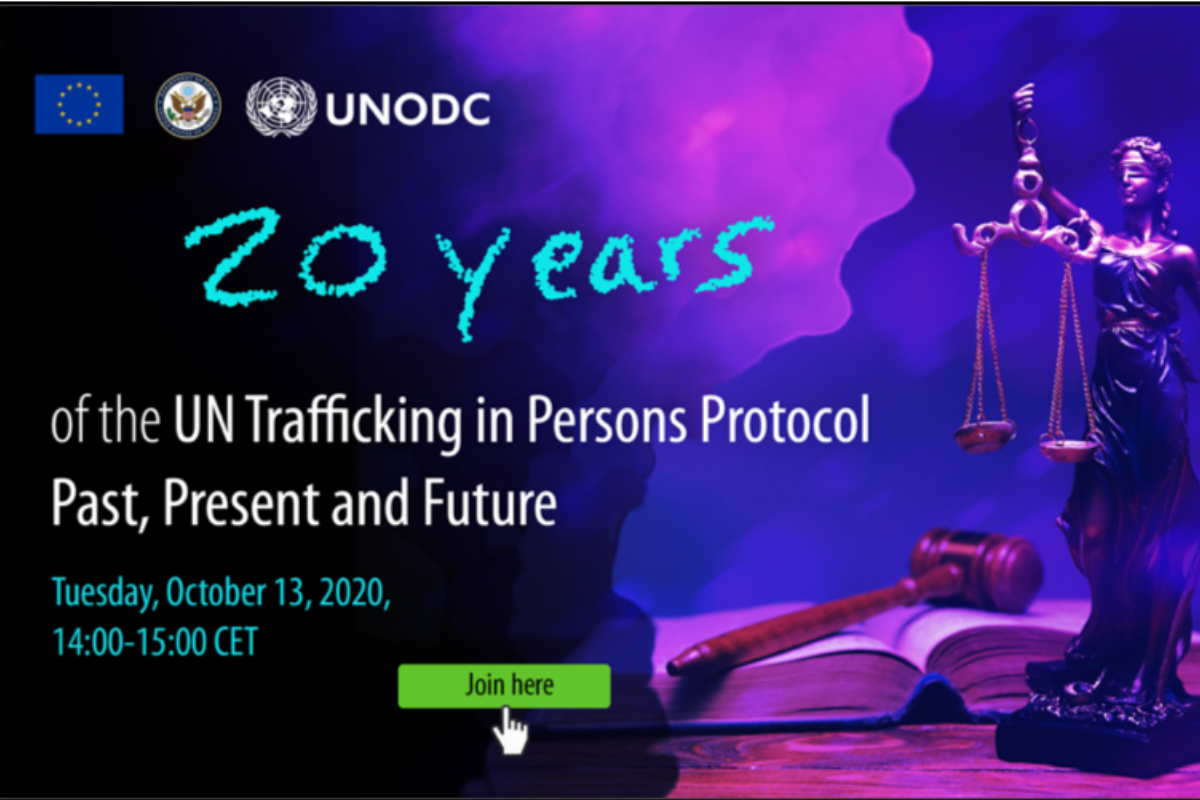