Safeguarding from corruption: Protecting the integrity of sport to harness its positive power 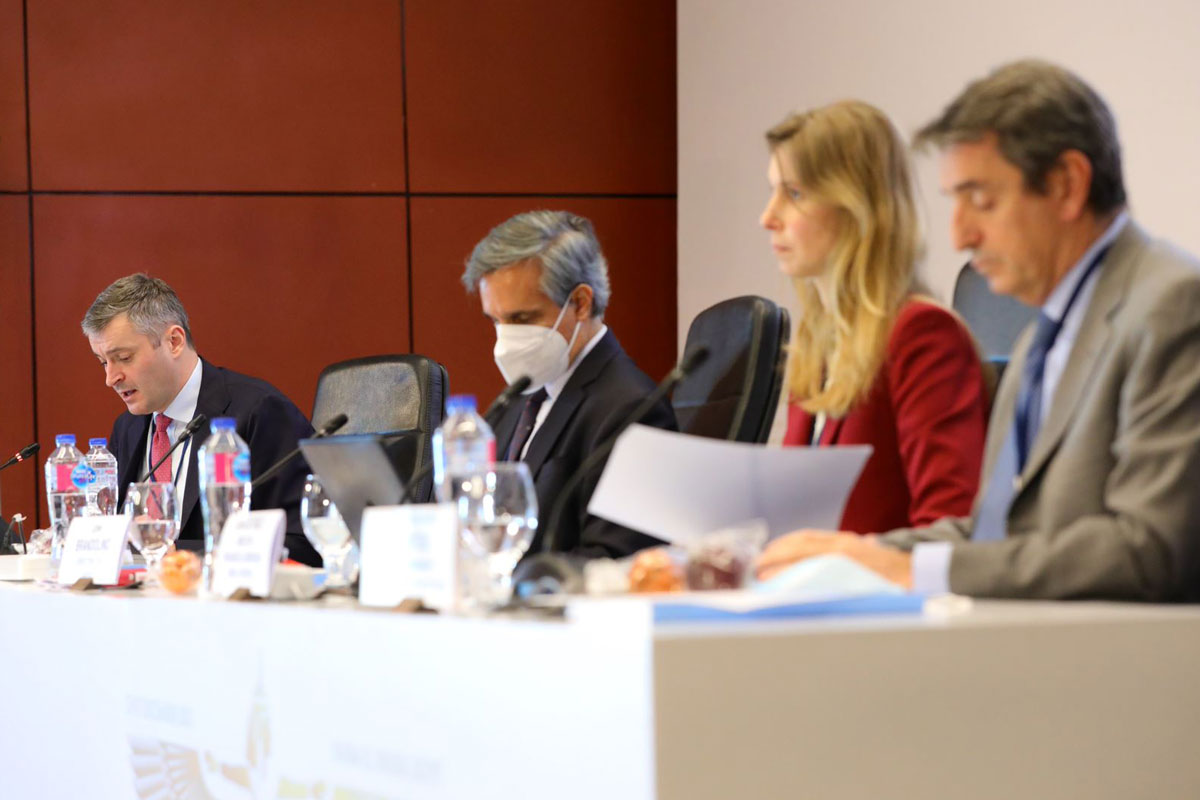 14 December 2021 – Corruption in sport is not a new phenomenon. Fraudulent activities in the running of sports organizations and competitions have been documented from the times of the ancient Olympic Games all the way through to the modern day. What has shifted however is the scale and complexity of the issue.

Over the past two decades, criminal activities in the sporting world have substantially increased. Globalization has played a role, as have factors such as the huge influx of money going into sports, the rapid growth of legal and illegal sports betting, and a changing technological landscape which has transformed the way in which sport is played and consumed.

Combined, these factors have presented criminal networks with new opportunities to exploit sport for illicit profit.

To highlight this issue, a special event was held at this week’s Conference of the States Parties to the United Nations Convention against Corruption, where a major new report on the topic was also showcased. Joined by a broad grouping of government officials, international organizations, and sporting bodies, the event offered an insight into crime and corruption in sport and highlighted the urgent need for a unified response to counter this issue.

“When we consider sport, our natural thought goes to its central, positive role in our lives,” noted UNODC Director for Treaty Affairs, John Brandolino. “There is, however, a darker side of sport, one which organized criminal groups have infiltrated and which is impacted by vast levels of corruption.”

The manipulation of sports competitions is a complex threat to the integrity of sport. With up to $1.7 trillion estimated to be wagered on illicit betting markets each year, it is a huge business for organized criminal groups.

This was highlighted at the event during which UNODC’s first-ever Global Report on Safeguarding Sport from Corruption was showcased.

Illustrating for the first time the scale, scope and complexity of corruption and criminal networks in national and international sport, the Global Report offers a playbook to effectively tackle these issues by setting out a range of concrete policy considerations.

“Nearly 200 experts from governments, sports organizations, the private sector and academia contributed to the report, which is the most in-depth of its type to date,” said Mr. Brandolino.

This new publication addresses 10 specific themes, ranging from illegal betting, competition manipulation and abuse in sport, to existing initiatives to tackle this problem, reporting wrongdoing, and how legal frameworks can be applied to prevent and fight corruption in sport. Ultimately, it identifies three crucial areas of action:

Contributing to the special event discussion via video message, the Presidents of the International Olympic Committee (IOC) and the Fédération Internationale de Football Association (FIFA) – two key partners for UNODC – both pointed to this issue of collaboration.

“Only in partnership can we effectively tackle criminal activities like corruption in sport. Only together can we strengthen credibility and integrity of sport,” noted IOC President, Thomas Bach. “Safeguarding integrity of sport is a team effort – in this context our cooperation with UNODC is key and the new Memorandum of Understanding signed between the two organizations sends a strong message of our shared determination to fight against corruption in sport.”

Gianni Infantino, President of FIFA, shared a similar sentiment: “We must remain vigilant and united to defend our sport and our society (from corruption). Our cooperation with UNODC is vital. We stand on our joint mission to safeguard sport from corruption. Unity is key because like you we believe together everyone wins.”

While sport has the power to inspire and unite, corruption and crime threaten to undermine its positive contribution to our lives. Particularly when linked to abuse and exploitation of vulnerable groups and youth, the impact has a devastating effect on societies. The work of UNODC and its partners is central to working towards countering this.

Global Report on Corruption in Sport