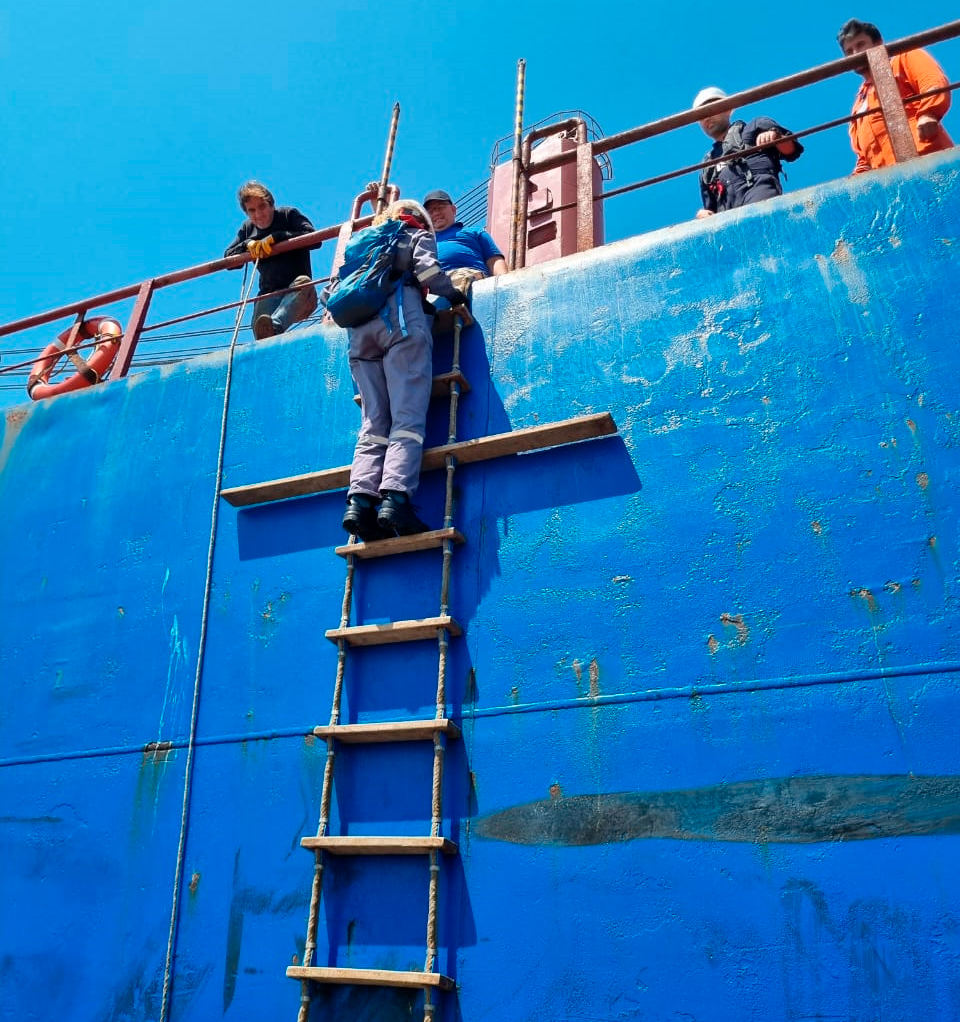 UNODC staff climbing aboard a ship to begin inspections. © UNODC

Istanbul (Türkiye), 29 August 2022 - Inspectors from the United Nations Office on Drugs and Crime (UNODC) this month have been providing critical support for the delivery of over one million tonnes of grain and other foodstuffs from Ukraine to global markets and food-insecure regions as part of the Black Sea Grain Initiative, mediated by UN Secretary-General António Guterres.

This includes the departure of the first UN-chartered vessel carrying Ukrainian wheat to the Horn of Africa, where the worst drought in decades has brought populations to the brink of famine.

Implemented by the Istanbul-based Joint Coordination Centre and led by the UN Office on Humanitarian Affairs (OCHA), the Black Sea Grain Initiative is working to enable the safe voyage of commercial ships to allow exports from Ukraine of grain, other foodstuffs, and fertilizers to world markets.

Before the launch of the Initiative by the Russian Federation, Türkiye, Ukraine and the United Nations, ships had been blockaded at Ukrainian ports, worsening a global food crisis. But in less than one month, ships carrying more than one million metric tonnes of grain and other food have left Ukrainian ports. According to the Initiative, ships are being inspected off Istanbul on their way in and out by joint inspection teams, which bring together Russian, Turkish, Ukrainian and UN inspectors. On Saturday, 27 August, teams conducted the 100th inspection on board approved cargo vessels.

This includes tens of thousands of tonnes of wheat inspected by UNODC personnel and others aboard the World Food Programme (WFP) ship.

“As the world grapples with food insecurity and high prices, the importance of this Initiative is clear,” noted Amir Abdulla, UN Coordinator for the Black Sea Grain initiative in a statement on Saturday. “As increased volumes of Ukraine’s agricultural production are now heading to market by sea, confidence has grown in the food and shipping industries, driving down prices and reducing risk.”

Secretary-General Guterres sailed in a pilot boat in the Sea of Marmara next to the WFP ship on 20 August.

The six UNODC inspectors in Istanbul – together with inspectors from Russia, Türkiye, and Ukraine – examine the shipments to ensure that no other goods are leaving or entering Ukraine apart from grain, other foodstuffs, and fertilizer, and that the crew is consistent with information received at the JCC.

For updates on the JCC and the Black Sea Grain initiative, click here.
To learn more about UNODC, click here.