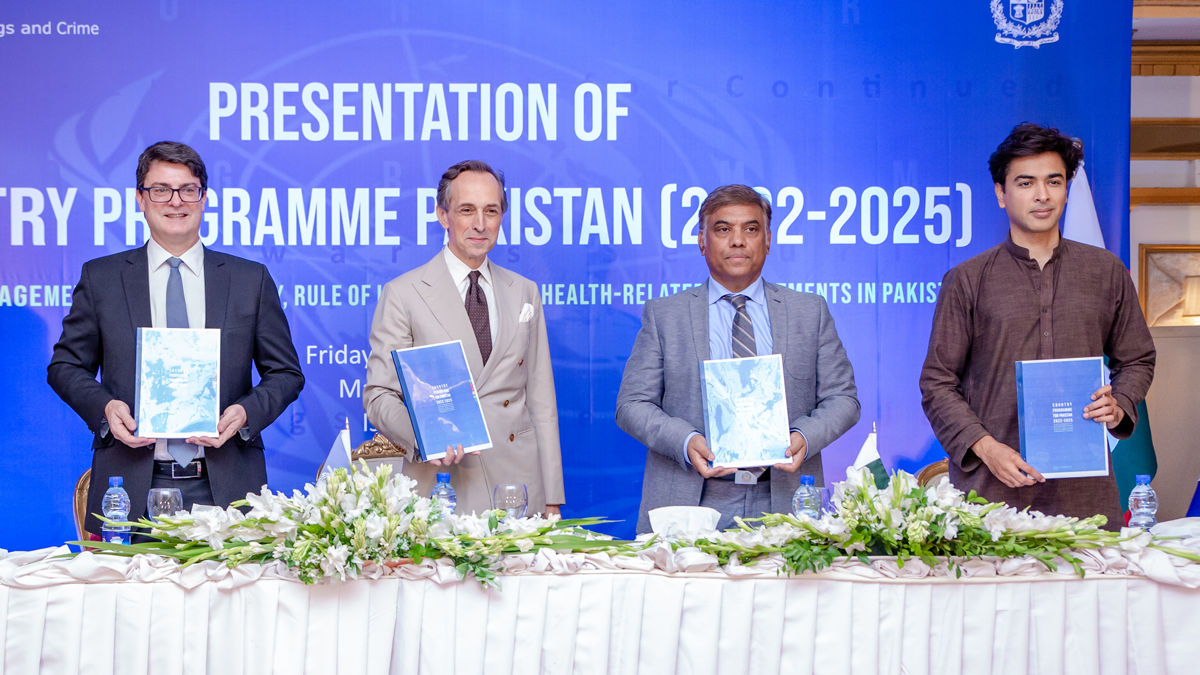 Islamabad (Pakistan), 7 June 2022 - “Given the complexity and international nature of illicit drug trafficking, no country can win this war alone,” said Mr. Sabino Sikandar. He could have been referring to any country, but Sikandar works in Pakistan’s Ministry of Narcotics Control and was speaking at the launch of the third phase of the United Nations Office on Drugs and Crime (UNODC)’s work programme in the country. This event, held last Friday in Islamabad, also celebrated the successes of its second phase.

Under the previous phase (2016-2021), achievements included: training more than 40,000 law enforcement personnel; developing, enacting, and approving bills and acts, and creating digital platforms such as a prison management information system rolled out in 65 prisons of Sindh and Punjab.

Speaking to the impacts of the latter, Imtiaz Abbas from Punjab’s Inspectorate-General of Prisons said: “The primary goal of prison automation was to make life easier for the public, prisoners, and prison staff. It has reduced staff workload and increased transparency. It has streamlined prison production, medical, interview, factory, housing, finance, inventory, store, and management functions since its introduction.”

“The new UNODC Country Programme for 2022-2025 will support Pakistan in tackling these challenges through integrated, scalable, and sustainable responses to all forms of crime, with an emphasis on gender-responsive programming, for achieving the rule of law and promoting human rights,” stated UNODC Executive Director Ms. Ghada Waly at the launch via video message.

UNODC’s Representative Dr Jeremy Milsom emphasized that the new programme would focus on innovation and partnerships, aiming to integrate all thematic areas at national, regional, and global levels. “I look forward to forging new partnerships to support Pakistan become a role model in successfully fighting drugs and crime,” he said.

The Goodwill Ambassador for UNODC Pakistan Shehzad Roy also attended the launch. He commended UNODC’s work, “especially under its peace and security mandate linking to Sustainable Development Goal 16, which it is well-known for prioritizing. All the work UNODC is doing contributes to making Pakistan a more secure place,” he added, before thanking the Government of Pakistan and all donors for providing the support that makes it possible to affect change.

The Country Programme for Pakistan 2022-2025 will work in synergy and close coordination with other UNODC regional vehicles, such as the Regional Programme for Afghanistan and Neighbouring Countries, the Strategy Stability Grid, along with numerous global programmes.