This day in history -Commission on Narcotic Drugs established 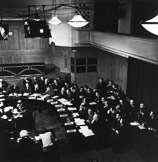 The CND assists ECOSOC in overseeing the application of international conventions and agreements dealing with drugs and advises ECOSOC on all matters pertaining to the control of narcotic drugs, psychotropic substances and their precursor chemicals. Such matters include illicit drug production, trafficking, drug abuse and money-laundering.

The CND enables Member States to analyse the global drug situation based on their reports and analysis provided by its secretariat, UNODC.  The CND also monitors the implementation of the three international drug control conventions, namely,  the Single Convention (1961 as amended in 1972), the Convention on  Psychotropic Substances (1971), the 1998 Convention against the Illicit Traffic in Narcotic Drugs and Psychotropic Substances. This includes the scheduling of drugs or precursor chemicals to be brought under international control. The decisions and resolutions of the CND provide guidance to Member States and UNODC.

In 1991, the UN General Assembly established the Fund of the United Nations International Drug Control Programme (UNDCP).  It expanded the mandate of CND to make it the governing body of the Programme. (UNDCP is now administered as part of UNODC).

The CND provides the framework for action on decisions taken by the General Assembly. At its special session held in 1998 devoted to countering the world drug problem, the General Assembly further expanded its mandates. It called upon all States to formulate national strategies and programmes in line with the Political Declaration and the Action Plans decided upon by the Special Session, and to report to the CND on their efforts to meet the targets set.

The next session of the CND will take place in Vienna from 11 to 20 March.  A special high-level segment on 11 and 12 March will mark 100 years since the Opium Commission, the first international conference about drugs, convened in Shanghai.