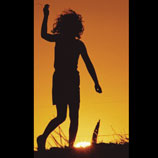 8 May 2009 - Child victims and witnesses of crime in many cases are unable to testify or provide adequate information to prosecute perpetrators. They are also victimized, intimidated or forced to act illegally under duress.

In an effort to address this, UNODC and UNICEF have developed a model law to help countries in adapting their national legislation on justice in matters involving child victims and witnesses of crime.

The model law is intended as a tool for drafting legal provisions concerning assistance to and the protection of child victims and witnesses of crime, particularly within the justice process. Designed to be adaptable to the needs of each State, the Model Law was drafted paying special attention to the provisions of the 2005 Economic and Social Council Guidelines on Justice in Matters involving Child Victims and Witnesses of Crime.

The Guidelines form part of the body of United Nations standards and norms in crime prevention and criminal justice, which are internationally recognized normative principles in that area as developed by the international community since 1950.

In drafting the Model Law, care was taken to reflect the need to accommodate the specificities of national legislation and judicial procedures, the legal, social, economic,cultural and geographical conditions of each country and the various main legaltraditions. The scope of application of the Model Law relates mainly to the criminal justice system. However, States are invited to draw inspiration from the principles and provisions contained in the Model Law when designing legislation dealing with other areas in which children need protection, such as custody, divorce, adoption, immigration and refugee law.

The Model Law allows informal and customary justice systems to use and implement its principles and provisions. To further assist States in interpreting and implementing its provisions, the Model Law is accompanied by a commentary that is intended to serve as guidelines for interpretation and implementation.